The winners of this year’s Banjo Paterson Writing Awards competition were announced at the Orange Readers and Writers Festival main event on Saturday.

Orange Mayor Reg Kidd announced the winners during the festival, held at the Hotel Canobolas.

Orange Mayor Reg Kidd was pleased with the number and variety of entries in this year’s contest.

“These awards were established in 1991 and aim to honour Banjo Paterson, a great Australian writer and favourite son of Orange, with a competition to encourage short story or poetry writing with Australian content,” Cr Reg Kidd said.

“Entries in this year’s competition were received from right across Australia. There were 121 short stories of 91 poetry and 19 children’s entries received. Thank you to all who entered the awards,” he said.

The Short Story judge commented the winning story Dave and Mackie by Paul Clarke “is a well written wonderful yarn about an event taking place in a small town.

It starts with action and no preamble, is engaging, full of drama and shows an economic use of words told with lively conversation. It is an engaging, thoughtful and entertaining read. The details stay with you long after you have finished the story.”

Mr Clarke said “I’ve loved Banjo’s work all my life, so it was very special to win such a prominent award named in his honour. It was even more special to hear the news while my wife and I were immersing ourselves in Banjo history at Winton, where Waltzing Matilda was created.”

The Poetry judge described the winning poem Water Soul by David Taylor as “affecting the reader through precise and sustained choice of language. Ideas are skillfully used by maintaining a sense of setting throughout. The descriptions use all the senses. The consistent use of precise words and phrases enhance the mood of the poem. There are tightly linked sections of text that allow the reader to complete statements, off conclusions and extract meaning.”

David Taylor said : “with my wilderness poems I try to speak through nature’s voice, and I can’t begin to say how thrilled and humbled I am, that Water Soul has taken out first prize (my very first – first place poetry award) in the Contemporary Poetry section for this year’s Banjo Paterson Writers Festival Awards. Homage to Banjo Paterson, Kenneth Slessor and Les Murray.”

The Children’s judge said the winning story, The Other, by Yameen Khan, “influences the reader through precise and sustained choice of language and narrative devices. Your ideas are skillfully used in the service of the storyline maintaining a sense of setting throughout. It is an extended highly cohesive piece of writing showing continuity of ideas and tightly linked sections of text.”

Miss Yameen Khan was also thrilled to win her award. 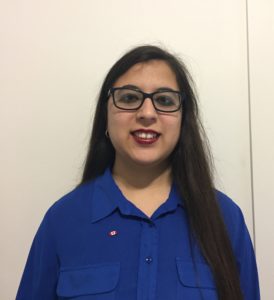 The winning entries can be read on the Central West Libraries website: www.cwl.nsw.gov.au