Changes for drivers as Elsham Ave is cut by Southern Feeder

By Council CommunicationsMarch 13, 2020Uncategorized
No Comments

Drivers who regularly use Elsham Ave are getting used to a change in traffic flow that started this week.

It’s one of the first changes for drivers following progress on the new Southern Feeder road and railway overpass bridge project. This week one section of Elsham Avenue has closed to become a cul-de-sac and a newly-completed section of Edward St has opened to traffic.

Orange mayor Reg Kidd said it was good to see progress on the multi-million dollar project. 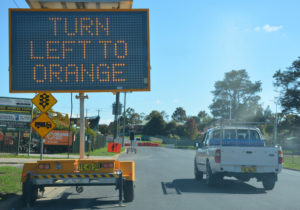 TRAFFIC : Drivers heading north from the Leewood estate will take a turn onto the new Southern Feeder road in future.

“The new railway overpass is expected to be completed by July this year, but it’s good to see the first change in nearby local roads,” Cr Reg Kidd said. “The change is happening because of the way the new section of the Southern Feeder road is being integrated with neighbourhood streets. “

“The design of the intersections, where neighbourhood streets meet the main road, is a key part of the project’s design. In a setting like this, T-intersections are best for enhancing traffic flow and safety for drivers.

“As part of the project, Edward St has been extended by 400 metres, through the former saleyards site, to join with the new Southern Feeder road at a T-intersection,” Cr Jeff Whitton said.

“The corner with Elsham Ave will also be changed to be a T-intersection for traffic coming from the Leewood estate. As part of these changes the northern end of Elsham Ave, will be closed off to become a cul-de-sac, just north of the bypass.”

Letters were sent to residents in the neighbourhood in February to explain the changes.

“It will take some time for local drivers to get used to these new patterns of traffic flow and the Council appreciates their patience,” Cr Jeff Whitton said.

Funding for the $18 million project is shared by Orange City Council, the Australian Government and the NSW Government.

The funding sources for the project include : 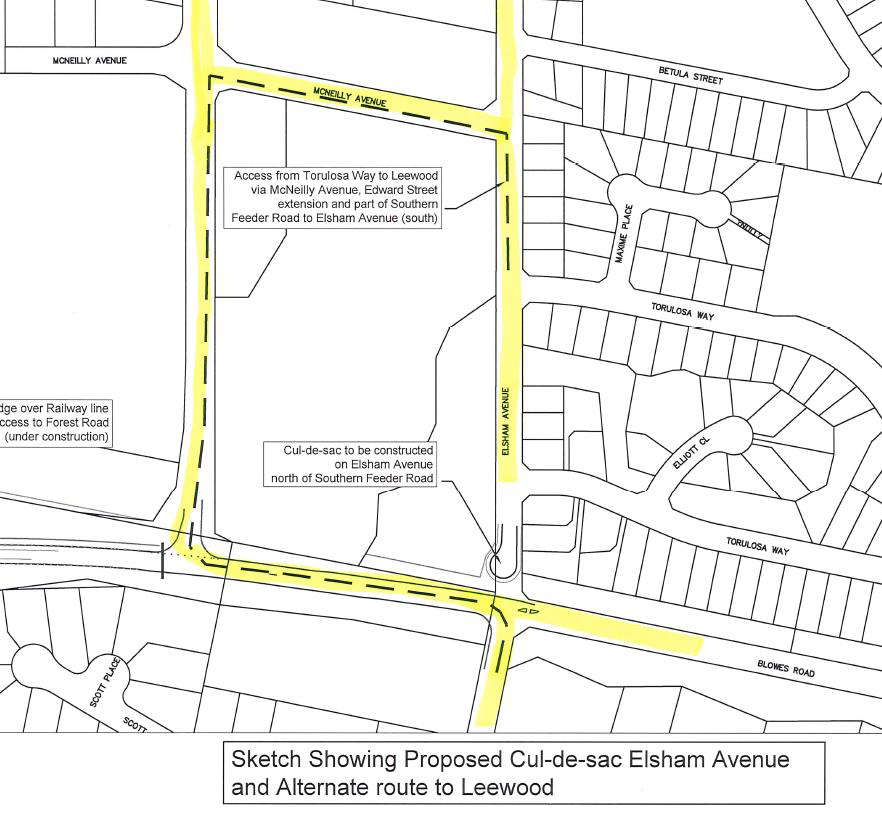