In a long-awaited sign of recovery from the drought, water is now flowing over the wall of Orange’s major water storage dam at Suma Park.

The landmark event began Sunday afternoon. By 9am Monday, there was 186 mms of water topping the dam wall. 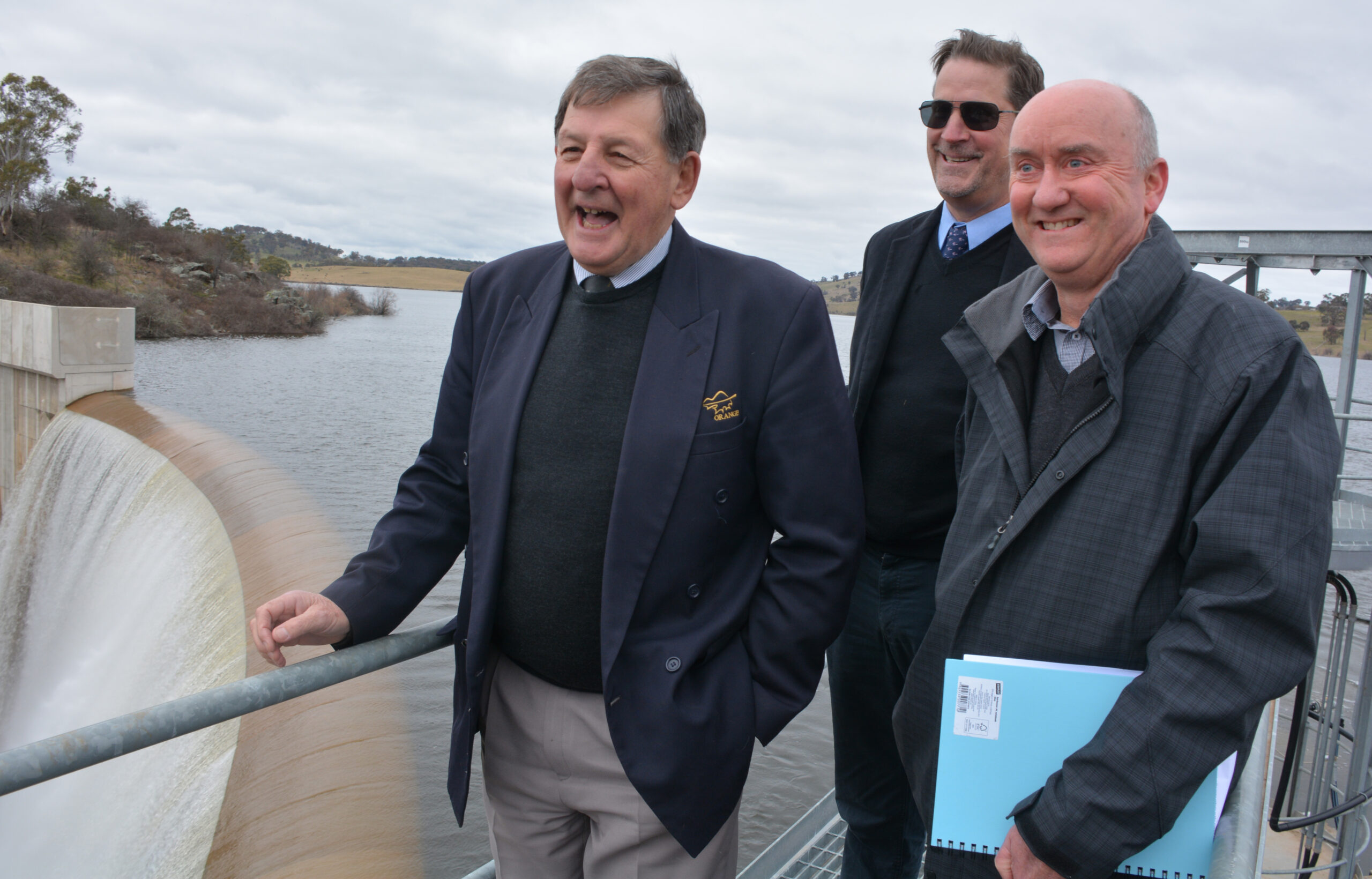 “We reached the eighty per-cent mark on 25 June, and then got to ninety per cent only two weeks later (11 July)” Cr Reg Kidd said. “There were predictions that it could take much longer to top the wall, but the ground is so wet anywhere around Orange that we’re reaping the benefit of any run-off.”

“It’s a great feeling to see our biggest dam full and to see the water flowing over the spillway.

The last time this happened was in July 2016 when the water started flowing again after our last long drought.

“The community of Orange has done a fantastic job to bring us to this point. Orange residents lead the country when it comes to low water use. We wouldn’t be at this point today without their efforts.

“Despite reaching this milestone, it’s important to remember the lessons of the drought, and to be sensible about our ongoing water use. In October last year, Council adopted a set of long term water saving standards. They kicked in when we hit 80 per cent storage and they’re still in place today.

“Notionally there is not much difference between Level Two Water Restrictions for Orange residents and out new ‘Permanent Water Savings Standards’, which replaced the traditional Level One Restrictions.

“These standards are about the change in mind-set and attitudes about water. Even when our dams are full we want to be sensible with our water use.”

“Orange residents lead the way when it comes to low water use and we want to keep doing that despite flowing over the dam wall.”

Permanent Water Savings Standards will be in place until the water storage level drops to 70 per cent, at which point the city would enter Level Two Restrictions.