Community has say on future of play in Orange

By Council CommunicationsSeptember 8, 2020News
No Comments

The results are in and the community has voted for where the next three playgrounds in Orange will be built.

The top three locations for playgrounds to be built, chosen by over 100 people were at Jaeger Reserve, Nelson Park near Namatjira Crescent and a new park in Webb Street.

Orange Mayor Reg Kidd said he was pleased the people of Orange had direct input into where they wanted the latest playgrounds built.

“Council allocated the funds for these projects but it’s great to see the community have direct participation in choosing the location for these playgrounds,” Cr Kidd said.

“More than 100 people voted for their priority locations on Council’s Your say Orange website during August, and we hope to use this type of direct community participation more and more regularly.”

As part of its latest budget, Orange City Council decided to increase its spending on new playground construction for the next two ye 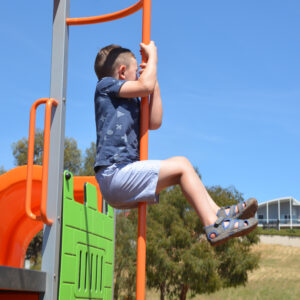 Three new playgrounds will be built in Orange

“Our main aim is to increase the number of playgrounds available to people so they don’t have to get in the car or cross major thoroughfares to get to their nearest playground,” Cr Hamling said.

“So these new ones will be closer to the size of what has recently been completed at Jack Brabham Park.

“As well as the playgrounds we’re planning to put in a bench or two, trees and plenty of soft-fall material on the ground.

“Keep an eye out and register on Your Say Orange for the opportunity to have a say on a range of topics and plans for our community.”