Work is expected to begin later in the year on the new indoor cricket centre at Wade Park.

Last night’s Orange City Council meeting awarded the tender for the construction of the centre to Bathurst-based Hines Construction, the same firm that built the Anzac Park indoor sports centre.

“This project has gone through a number of stages as sporting groups and stakeholders were consulted and designs were assembled,” Cr Reg Kidd said. “The model we’re settled on is based on a successful indoor cricket centre in the Canberra suburb of Phillip, where that building is making a big contribution to local sport.”

NEW CENTRE : This artist’s impression shows the view of the new centre from Lords Place.

“It’s going to be built right alongside the existing Wade Park grandstand. The new building will include a new refreshments kiosk which will give volunteers a clear view of the sportsfield, replacing the current kiosk in the basement of the grandstand.”

Orange City Council’s Sport and Recreation Committee chair, Cr Jason Hamling is impressed by the quality of the new building.

“The final design will include four indoor cricket nets that meet international performance and lighting standards,” Cr Jason Hamling said. “The new change rooms and kitchen area will be a major boost for spectators and participants in any sport being played at Wade Park.”

“The demolition the former greyhound buildings alongside the grandstand will be the first step to let the new centre be built on that site. There will also be space in the design to allow an area of covered tiered seating to be added in future years.”

“In recent weeks there’s been a number of signs locally of the level of excellence among local junior cricketers. That’s only going to increase with high quality training facilities like this.”

The project is funded by :

UPGRADE : This artist’s impression shows the view of the new centre from the oval side.

The new building will also include administration offices for Cricket NSW staff. The centre will be the base for around 60 boys and girls enrolled in elite training for the Cricket NSW Western Zone academy program as well as other development programs.

The centre will also be used for courses for coaches and umpires as well as NSW country team training camps. 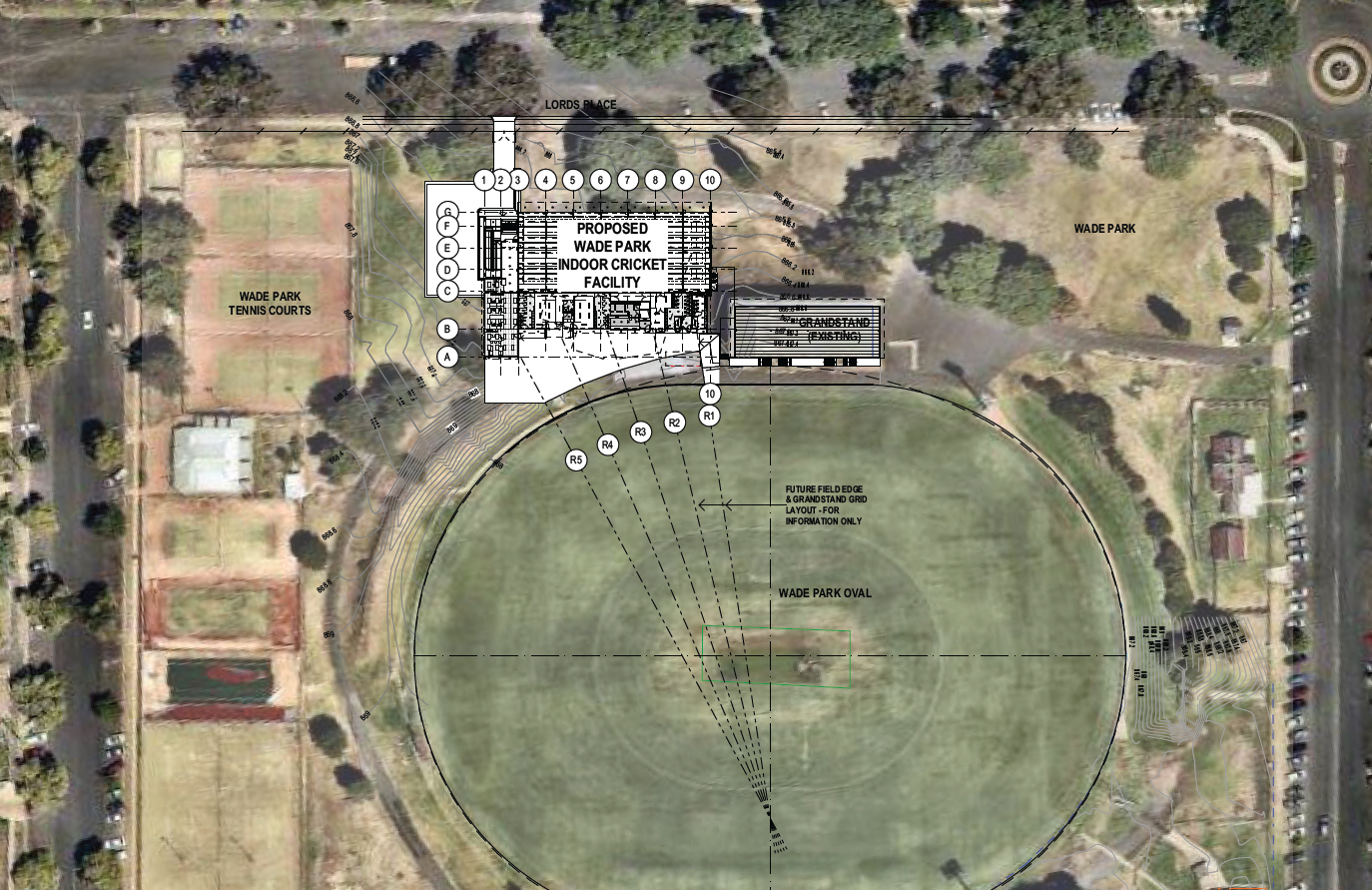 WADE PARK : This map shows the location of the new indoor cricket centre, alongside the grandstand.