By Council CommunicationsSeptember 16, 2020News
No Comments

Next step for proposed re-zoning

Orange City Council has deferred  a proposed re-zoning near the new Bloomfield Medical Centre in Forest Road, which could eventually allow a neighbourhood shopping centre to be built.

A total of 8 submissions were received during the community consultation period, with many raising concerns for the potential impact on the trading performance of the main Orange CBD.

Last night’s meeting decided to liaise with the proponent about a possible reduction in the scale of the development.

Last night’s meeting has supported a proposal which would see more community consultation about major projects.

The meeting debated a motion put forward by Cr Tony Mileto which called for public information sessions to be held at the half-way point of “all significant projects and initiatives”.

The lack of catering at recent Council meetings will lead to a donation to local food charities, following a motion proposed by Cr Jason Hamling.

Because some recent meetings have been held via the Zoom platform, the meals usually provided after the meetings have not happened. 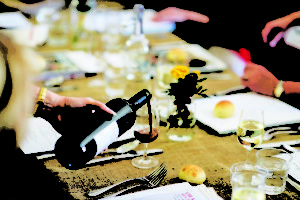 While the annual festival’s signature events have been cancelled, the intention is support many smaller events over the month of October, rebranding the festival for 2020 as Orange Wine Month.

Last night’s meeting decided to increase its funding of Orange 360 by $100,000 to pay for COVID rebound initiatives and extra marketing. The 21 July meeting decided to put the proposal on display for community comment. There were no submissions.