Orange City Council has joined with organisations from across the Central West in a bid to prevent the abuse of older people in the community.

At a meeting recently, 21 representatives from agencies around the region discussed the prevalence of abuse of older Australians and agreed to establish the Central West Collaborative for the Prevention of Abuse of Older People.

The group will support the National Plan to Respond to the Abuse of Older Australians (Elder Abuse) 2019-2023. 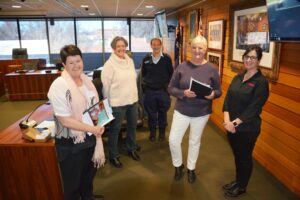 Orange Mayor Reg Kidd welcomed the formation of the Collaborative as the region faced the challenges of an ageing population.

“It’s great to see these organisations working together to raise awareness and address the damaging effects of elder abuse,” he said.

“It’s a complex problem that many people are unaware of. Increasing public perception of the issue will take time, but is an important step in preventing abuse,” Cr Munro said.

Orange City Council Ageing and Sector Support Central West team leader Kim McLean brought the parties together to discuss the viability of setting up a Central West Collaborative and said all 21 attendees were in favour.

“Before the meeting there were 17 Collaboratives in NSW, none west of the Blue Mountains,” she said.

“The Central West Collaborative for the Prevention of Abuse of Older People is now the latest, number 18.

“Our aim is to increase awareness for staff to build their capacity to respond to elder abuse, to know the signs and know what to do.”

She welcomed other interested agencies to come on board and said there would be a formal launch in the future. Anyone interested in joining should contact Kim McLean on 6393-8967.