The upgrade will include three main elements :

“The Orange airport is a crucial gateway to business and recreational travellers who come to the region,” Cr Reg Kidd said. “I’m delighted the council can work in partnership with the NSW Government to deliver this upgrade.”

“The areas to be improved at the airport have consistently been raised in by frequent travellers in our customer surveys upgrade at the Orange.”

“More secure parking and a better terminal experience for business travellers will add so much value to the airport.” 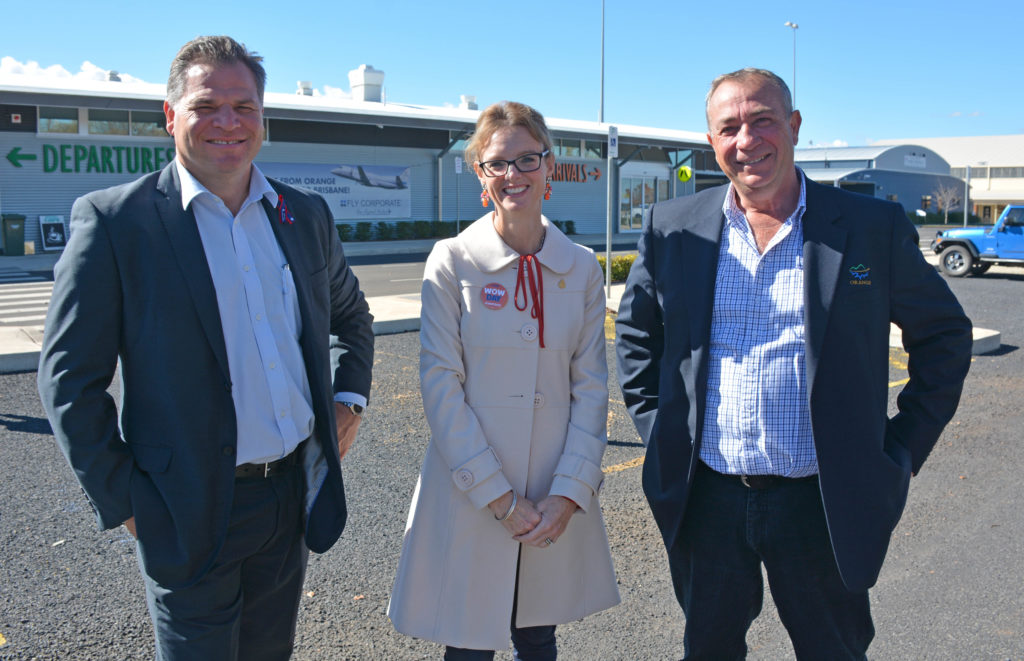 A new 56-space under-cover car park will be constructed in the space between the current car park and Aerodrome Road.

The new parking area will include security fencing, a boom-gate with key-pad or card entry and CCTV cameras. It’s designed to meet the need for travellers who are away for a number of days.

The roof of the covered car park will hold 200 solar panels to supply additional power to the airport. This will be one of the council’s biggest solar panel arrays.

The enclosed secure area will be paid parking. The existing area outside the fence will continue to be free. The specific arrangements of how payment will be managed are still to be sorted and subject to tender. Options include paying in the terminal and being given a pin code, or a press button on entry to get a ticket and paying with card at terminal machine before leaving with car.

All cars parked at the airport (inside fence and outside fence) will be covered by a new CCTV system. Cars parked in the new fenced area will have enhanced security.

The new shelter over the airport entrance will almost as big again as the existing terminal roof.

The shelter will be 62 metres long x 23 metres wide which gives an area of 1400 square meters under cover. The minimum height under cover is 9 metres which is high enough to take touring coaches or standard buses comfortably.  It will cover the footpath next to the terminal, the next two lanes of the road, and the first row of parking.

The provision of an awning at the terminal will provide better weather protection for passengers using the airport.

The extra features to be installed in the terminal include :