The NSW Government has announced a new date for the local government elections. It will be held on Saturday 4 December 2021. The decision has been made after extensive consultation with and on advice from the NSW Electoral Commission and NSW Health due to the COVID-19 situation.

The Office of Local Government has prepared these FAQs with more detailed information about the change of date.

Could you work for the NSW Electoral Commission at the council election? 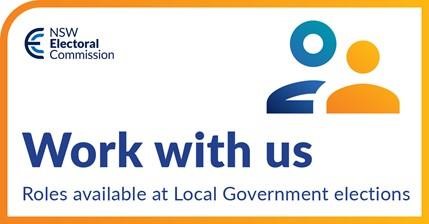 Working for the NSW Electoral Commission at a local council election is a great way for members of the community to earn money, learn new skills and deliver democracy by helping people to have their say. There are positions available during the election period and on election day itself. Expressions of interest are now open to work at the elections in December.
More information, including position descriptions, pay rates, and the link to apply, can be found on this page of the Electoral Commission website.

Thinking about standing for election to Orange City Council?

You can find out more about the sessions here, including these videos with current members of Council.

Topics covered include legislated responsibilities of candidates and councillors, the election process and the rules around campaigning.  A forum with a panel consisting of Orange City Council’s CEO David Waddell and two councillors was also be held.

Once you’ve decided to stand for election, there are a number of legal requirements for all candidates in NSW. Before a candidate or group of candidates can accept a political donation or make payments for electoral expenditure they must first register for the election.

The NSW Electoral Commission website includes information about the requirement to register as a candidate.

This page on the Commission website has recently been updated with video recordings of their candidate webinars.

The NSW Office of Local Government has released their Elections 2021 Candidate Handbook which contains a range of information for candidates.

You need to fill out a non-residential roll form to be included.

You can check your residential enrolment at check.aec.gov.au or by calling the AEC on 13 23 26.
Or contact Orange council to check whether you are enrolled on a non-residential roll.

For more information on the non-residential roll, click here

In 2017, the community of Orange elections included a direct election of the mayor for the first time.

As well as the election of councillors, in 2012, the Orange election included a referendum about a proposed change for the direct election of the mayor.