What’s on in Orange 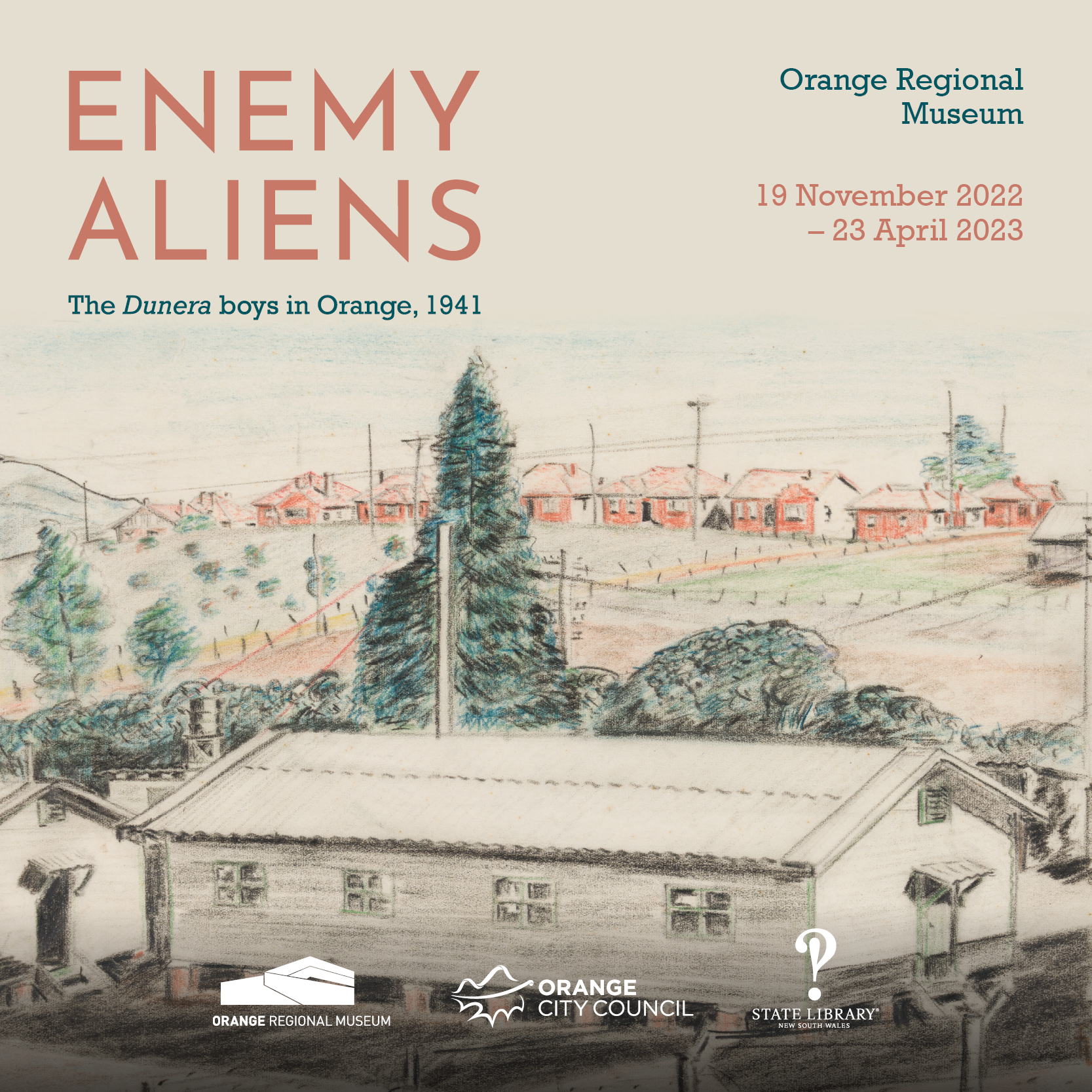 In September 1940, more than 2000 “enemy aliens” were transported from Britain to Australia on board the HMT Dunera. Interned in camps in regional New South Wales and Victoria, the story of the Dunera boys, is an intrinsic part of the history of Australia in the Second World War and in its aftermath.

This exhibition tells the little-known story of the time the Dunera boys spent at the Orange Showground in 1941 and features artworks created during their internment. Many are drawn from the archives of relatives and private lenders, as well as never-before-seen works from a recently acquired collections held by the State Library of NSW. This project was developed and curated by Dr Seumas Spark, Adjunct Fellow in History at Monash University, Emeritus Professor Andrew Mcnamara from the Queensland University of Technology and translator Kate Garrett, in conjunction with Orange Regional Museum.