The $4.22 million Forest Road upgrade has been officially opened, with the 1.4 kilometre road providing better access to Orange’s health precinct and a much-needed upgrade to the busy thoroughfare.

The upgrades were jointly funded with the Australian Government providing $488,339 through the Roads to Recovery Program, $1.55 million through the NSW Government’s Resources for Regions Program, and Orange City Council and the new private hospital planning agreement contributing the remainder.

Assistant Minister to the Deputy Prime Minister and Federal Member for Calare Andrew Gee said the road was a key route for the Orange Health Service, the new private hospital and Cadia Valley Operations and the completion of works would bring many benefits to the community.

“The community has been eager to get this project finished so it’s terrific to see work has now been completed,” Assistant Minister Gee said.

“Not only will the upgrade make the road much safer, it will also provide better access and improve parking at the Jack Brabham sports fields. 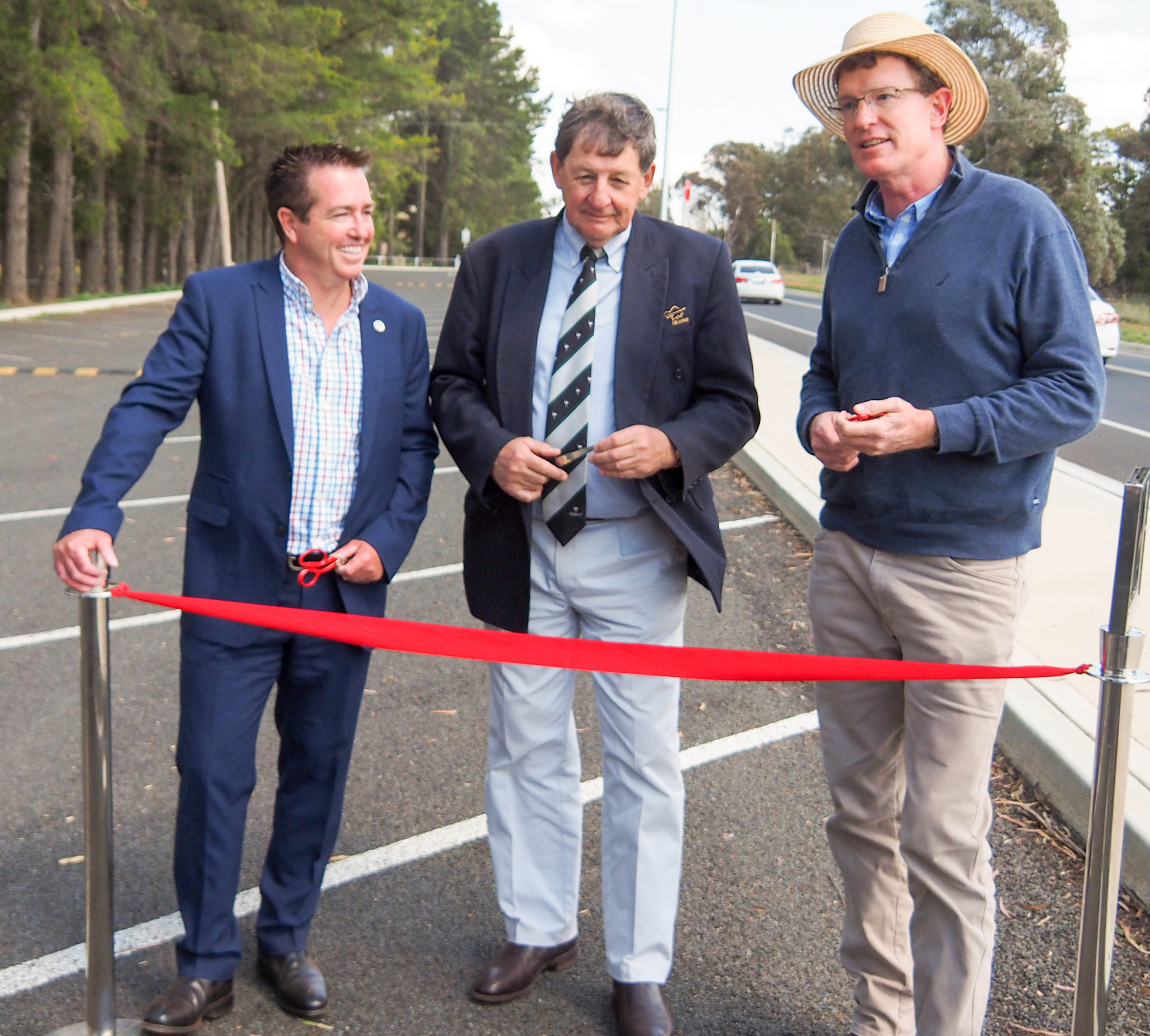 “The Australian Government’s Roads to Recovery Program delivers $500 million annually to improve roads at a local level, with Orange City Council receiving $3.6 million over the next funding period.”

“Forest Road is a busy road and these upgrades were very much needed,” Minister Toole said.

“In addition to the road upgrades, the project also included the installation of traffic lights at the entrance to the hospital.

“These upgrades are an investment in the community of Orange and the road safety of its residents.”

Orange Mayor Cr Reg Kidd said Orange City Council was pleased to be working in partnership with other tiers of government to boost the quality of local infrastructure.

“This was a former rural road that gradually became surrounded with key elements of the local economy,” Cr Reg Kidd said.

“In this precinct, we’ve got a major hospital, the Bloomfield mental health campus, the Ag Research Station and university health facilities. This project has brought this piece of transport infrastructure up to scratch with the elements it connects.

The project saw the upgrade of 1.4 kilometres of Forest Road from the Southern Feeder Road intersection, alongside Sir Jack Brabham Park to the entrance of the new hospital.

As well as an upgrade of the road, the project works included street lighting and the construction of 120 parking bays alongside Jack Brabham sports fields.

Part of the upgrade also included a 2.5 metre wide cycle path on the eastern side of the road from the traffic lights, down to the southern end of Sir Jack Brabham Park and linking into the existing paths through the park.