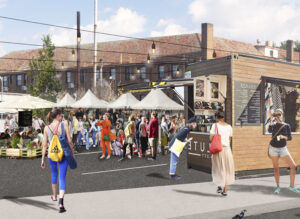 Montage of markets in McNamara Street

Latest Future City plans given the go ahead

The latest plans to upgrade sections of Orange CBD as part of the Future City program were given the go ahead at last night’s council meeting.

The meeting approved plans for upgrades in: 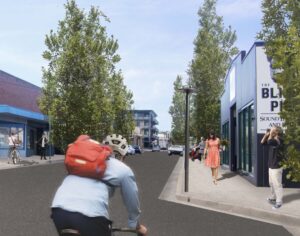 The future of McNamara Street

A report on the plans and community consultation was presented at last night’ meeting.

A proposal to change the lot sizes in a section of the Shiralee housing area was supported by last night‘s meeting.

The proposal would affect the size of lots of land in Park Road and Rifle Range Road.

(The proposal will now be sent to the NSW Planning Dept for preliminary assessment, before community exhibition in Orange.)

Plan to boost awareness of AEDs

Orange City Council will investigate ways to boost community awareness of the location of defibrillators around Orange.

Last night’s meeting passed a motion from Cr Jeff Whitton calling for a campaign to encourage businesses to place the life-saving equipment (AEDs)in their facilities. The motion also called for staff to investigate funding opportunities to install more ADEs around Orange.

The meeting voted to put the draft Glenroi Oval Masterplan on exhibition for community comment.

The masterplan, which has been developed after consultation with the local community, includes:

$250,000 has been allocated over the next two year to begin the upgrade

Last night’s meeting agreed to a request to waive fees for user-groups of the cultural centre in Sale St for the period when the building couldn’t be used last year at the height of the COVID lock-down.