There’s been good progress on the first stages of a $1.3 million upgrade of Burrendong Way, with access to the road from the Burrendong/bypass roundabout now open again.

Work began in early May on the project to re-build a 600 metre long section of Burrendong Way, south from the northern bypass roundabout to Sunrise Way.

The project is fully funded by Orange City Council.

The project includes adding around 675 metres of stormwater drains alongside the road. Having the northern section of the road closed for the last few weeks has let contractors make good progress on the new drainage system which involves installing underground pipes of between 375 to 600 mm diameter. 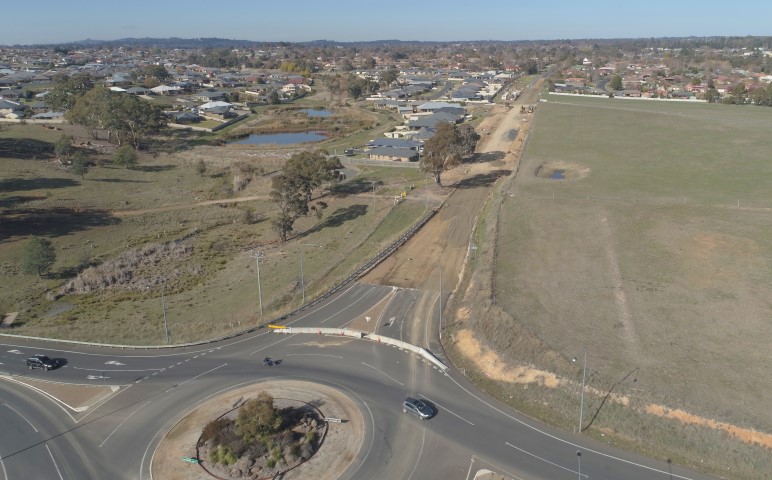 PROGRESS : Council contractors are making good progress on an upgrade of Burrendong Way south of the bypass. The traffic barriers blocking southbound traffic have now been removed.

Southbound traffic is now able to enter Burrendong Way from the bypass. While roadworks continue drivers can expect delays with only one lane of traffic during the day, returning to two lanes open at night.

The road building project will also include :

As part of the project, a footpath will be built on the eastern side of the road with connections to walking paths in the nearby wetlands.

The work is expected to continue until September, weather permitting.

The project is part of a long-term plan to upgrade Burrendong Way. Sections of the road north of the roundabout have already been completed.