The woman behind a national safety campaign was brought to tears during the Orange launch of a new  initiative to place signs in local parks.

Michelle McLaughlin was remembering the day her four year old son Tom died, hit by a car when he stepped into traffic on the NSW central coast.

Michelle  told the launch, at the Orange Civic Centre, her son was “a child who did everything he was asked” but on this day he “was focused on getting onto a surfboard 150 down the road” instead of looking out for traffic.

She warned how even well-behaved, normal children will “run quickly and unpredictably from their parents onto a roadway.” 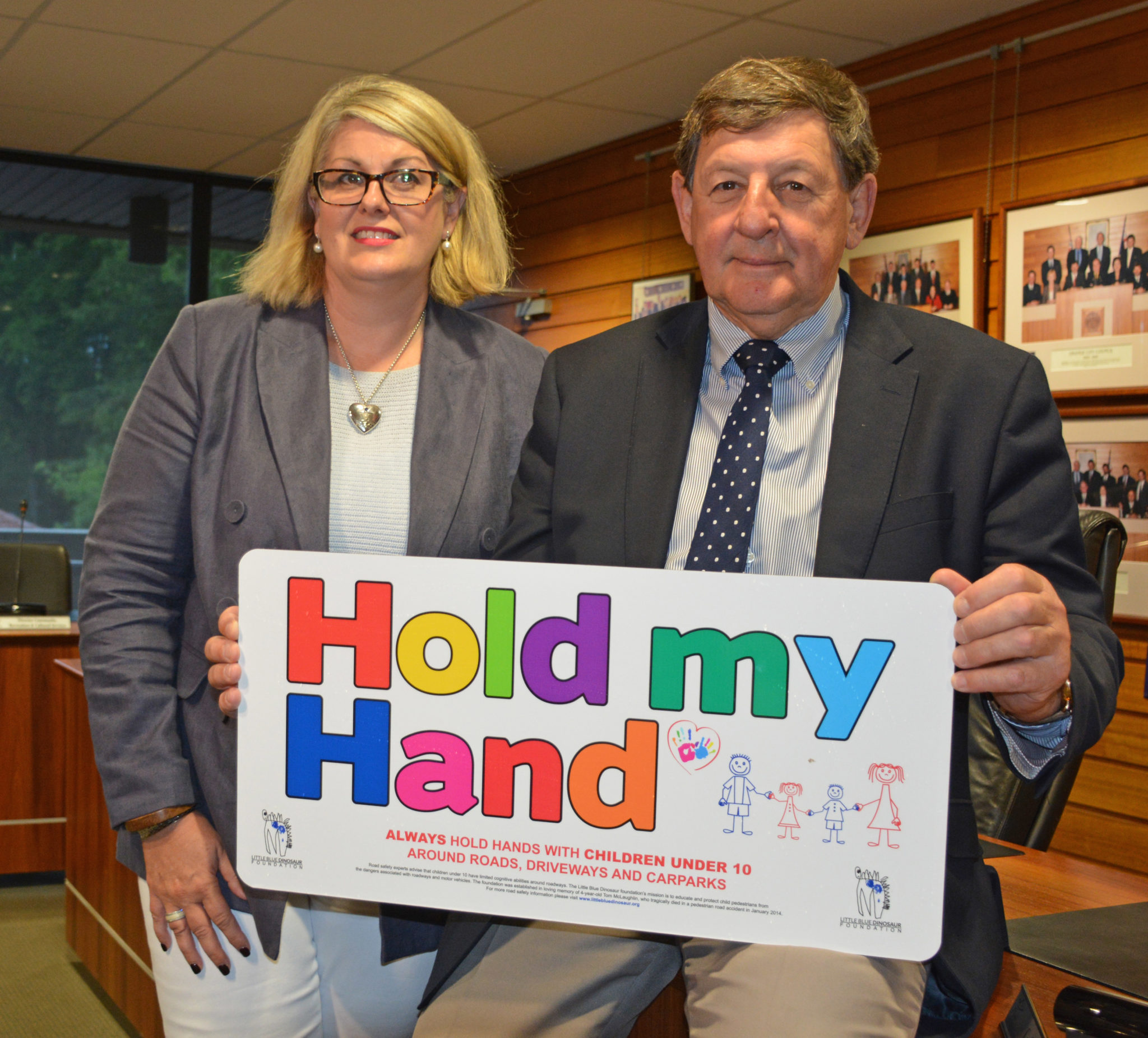 SAFETY : Road safety campaigner Michelle McLaughlin and Mayor Reg Kidd look at one of the new signs to be installed in parks across the region.

Encouraging parents and carers to always hold their child’s hand when walking near a road was “just as important as putting on a seatbelt on their child when they’re in a car,” she said.

The new brightly coloured signed were designed to catch the attention of young children and their carers: “I don’t think people are aware that childrens’ peripheral vision is not developed until they are the of twelve years of age.”

Ms McLaughlin said she was delighted the foundation she formed “now works with 42 local councils in four states.”

Eighteen of those councils, including ten in central western NSW  are involved in the latest campaign to install signs in local parks. In Orange, signs have been installed at locations where children leave Elephant Park.

“Young children don’t look around when they come out of a place where they’re having fun,” Cr Reg Kidd said.

“These signs are timely reminder to everyone with young children of how important it is to hold their hand.

“I congratulate Michelle for having the foresight to organise this campaign.”