Intersection to close in January to build Orange’s next roundabout

Orange City Council has written to residents in the neighbourhood of a new roundabout at the corner of McLachlan and March Streets to provide the timetable of when work will begin in the new year.

With $650,000 funding from the NSW Government’s Safer Roads Program, a single lane roundabout will be built. In the past 5 years, there have been 5 traffic accidents at this intersection, with 3 resulting in injury.

The project is expected to start on Monday 6 January. Weather permitting, the intersection will be closed to all traffic for 14 weeks during the construction project.
Orange Mayor Cr Reg Kidd said closing the intersection is the most efficient way of getting the job done safely. 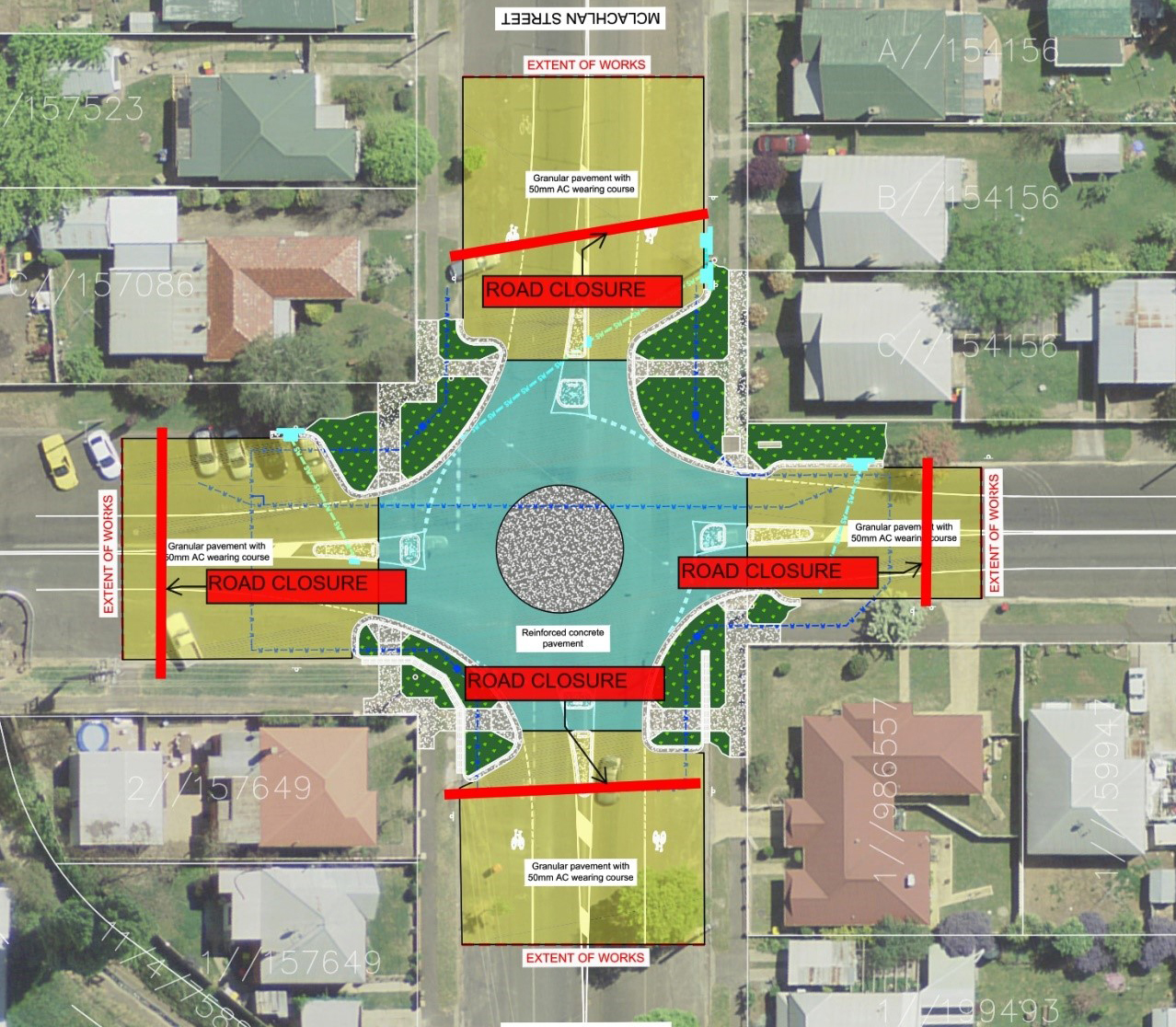 PROJECT: Work will start in early January on Orange’s next roundabout.

“We’ve sent out letters out to the neighbourhood to give them time to prepare,” Cr Reg Kidd said. “There will be some inconvenience for people who use those streets regularly so I’m asking for their patience while we get this major improvement done.”

“There will be clearly marked detour signs in place to show drivers how best to make your way around that intersection. There are number of businesses near that corner that will be open and trading as usual. We want to make it as simple as possible for customers to continue to access those businesses.”

Orange City Council’s Infrastructure Committee Chair Cr Jeff Whitton said he was pleased to see that the design of traffic features like roundabouts is continuing to be guided by the Council’s recently updated flood study.

“This intersection is right alongside the East Orange stormwater channel,” Cr Jeff Whitton said. ”This roundabout will be a low-set, pancake design without a central garden. It will also be built with extra stormwater capacity to handle potential flooding.”

“Building a roundabout to its usual height had the potential to push floodwater into nearby properties. The design of this roundabout will act like a drain in a bath, making a positive difference in the event of a flood.”