Orange City Council will start work in January on a $300K project to re-build a busy intersection in North Orange, with the aim of boosting safety.

Accident records show there has been 10 reported cross-traffic crashes at the corner of Anson St and Matthews Ave since 2005. Traffic engineers believe the best option to improve safety is to encourage drivers to slow down at this intersection.

The plan is to raise the height of the road surface across the intersection by 11 cms. It will be constructed with hot mix asphalt and concrete. At each road of the intersection, there will be a 1.5 metre long ramp to bring vehicles up to the 11 cm height of the platform. New street lighting will also be installed.

The intersection already has ‘Give Way’ signs from both directions of Matthews Ave. The raised platform prompts drivers from all directions to slow down, to avoid potential accidents. 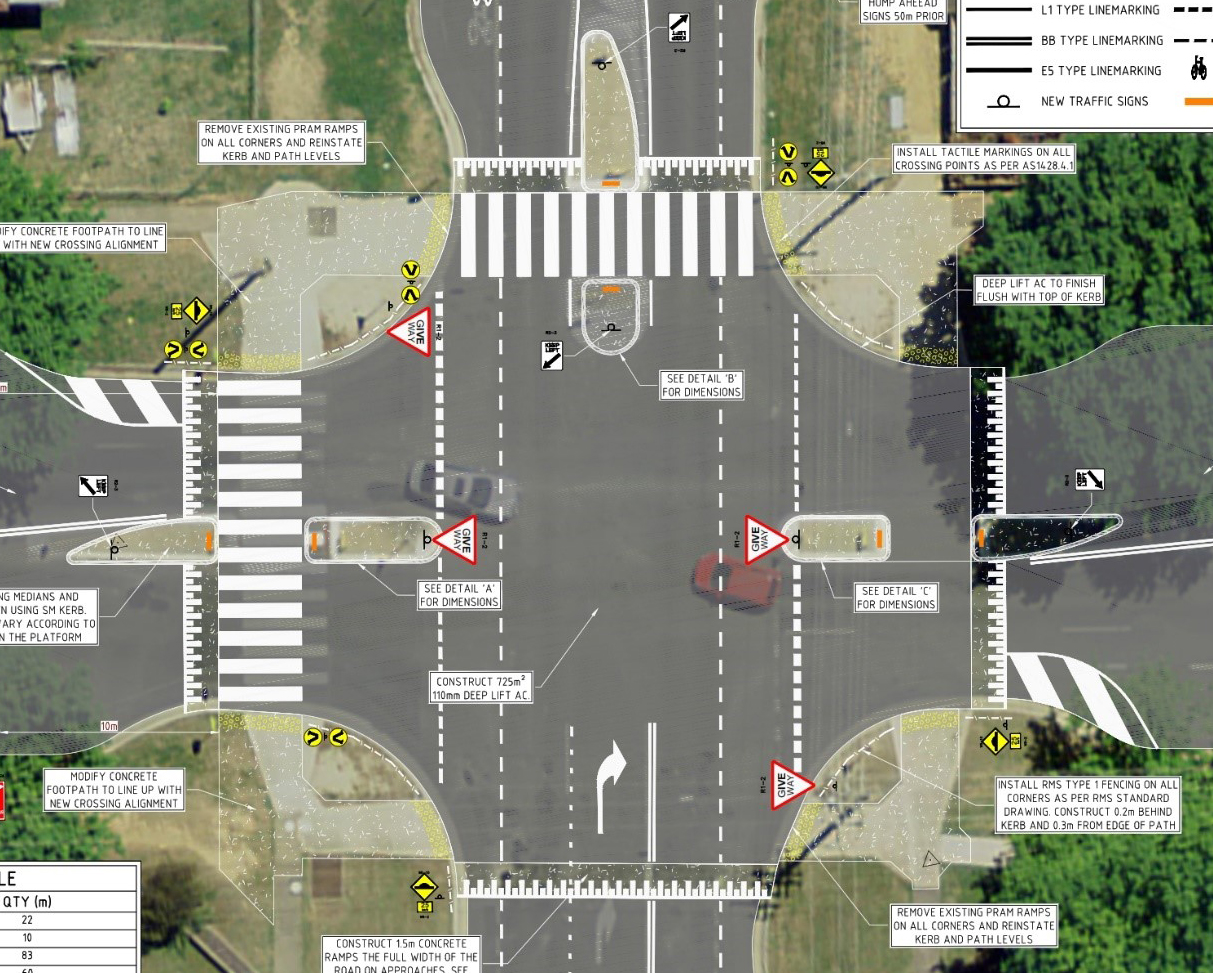 INTERSECTION : A raised ‘platform’ will be built across the intersection, to slow down traffic and boost safety.

Orange mayor Reg Kidd said the council has written to residents in the neighbourhood to keep them up to date with the intersection project.

“Because the whole intersection will be closed for about three weeks, it’s important that local residents can know about it ahead of time, so they can plan alternative routes,” Cr Reg Kidd said.

“The council has timed this work to keep the impact to a minimum. It’s happening in the weeks after New Year when some people are away and while schools are on holidays.”

Orange City Council Infrastructure Committee chair, Cr Sam Romano said the project would be the second in Orange where a raised platform will be built on a busy intersection.

“There’s another raised platform at the intersection of Glenroi and Churchill Avenues,” Cr Sam Romano said. “This is another site in Orange where there’s a busy corner at the top of a hill, where traffic on the downhill side can’t easily see traffic in other directions.”

“This intersection is very close to the busy Bletchington School, and anything we can do keep pedestrians and cars safe is a good thing.”

Orange City Council has received funding from the Roads and Maritime Services under the NSW Governments’ Safer Roads Program, to improve the safety of the intersection of Anson Street and Matthews Avenue.

To safely complete the project, Council will need to temporarily close the intersection and detour traffic around the construction site for a period of 3 weeks in January 2019, weather permitting.

During the road work residents will still be able to drive in and out of their properties.

Residents are being encouraged to drive with caution at all times when they are in the ‘resident only’ area and to be prepared to follow the instructions of staff on site.

Council’s contractor will notify residents in advance of any changed traffic conditions and every effort will be made to minimise inconvenience.