One of Australia’s best-known film critics, David Stratton AM will visit Orange City Library to discuss his favourite movies on Thursday 25 November.

The award-winning film critic, film historian and lecturer, television personality and producer has written a new book My Favourite Movies: From a century of films and the world’s best directors.

It details the movies that are his personal favourites of all time, as well as insights and behind-the-scenes stories from the leading directors and actors he has met throughout his career. 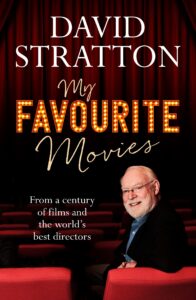 These are the movies he has watched again and again. There are dramas, comedies, thrillers, musicals, westerns and arthouse classics from a century of filmmaking.

Orange Mayor Reg Kidd said many people would remember David Stratton from SBS’s The Movie Show and ABC’s At the Movies, which Mr Stratton co-hosted for many years with Margaret Pomeranz.

“Come along for what promises to be an entertaining and intriguing chat with one of the country’s best-known movie buffs,” Cr Kidd said.

“If you’ve watched David Stratton on television over the years, you’ll enjoy the chance to share in his extensive movie knowledge and anecdotes about the film industry.”

David Stratton will discuss his new book and his love of film at Orange City Library from 5.30pm to 7pm.

The free event is supported by Collins Booksellers Orange.

People wishing to attend should book their spot through Eventbrite or contact Orange City Library on 6393 8132.