Orange mayor Reg Kidd has praised the actions of lifeguards at the Orange Aquatic Centre last night who came to the aid of a young woman in distress in the diving pool.

The teenager was taken to Orange hospital after she jumped from the 10 metre diving tower platform into the diving pool around 6pm Wednesday (9 January).  The young woman has since been released from hospital.

The Aquatic centre has strict rules in place to make sure people who use the diving tower and diving boards have been through assessment and training. A lifeguard is also always on duty at the diving pool whenever the tower is open. 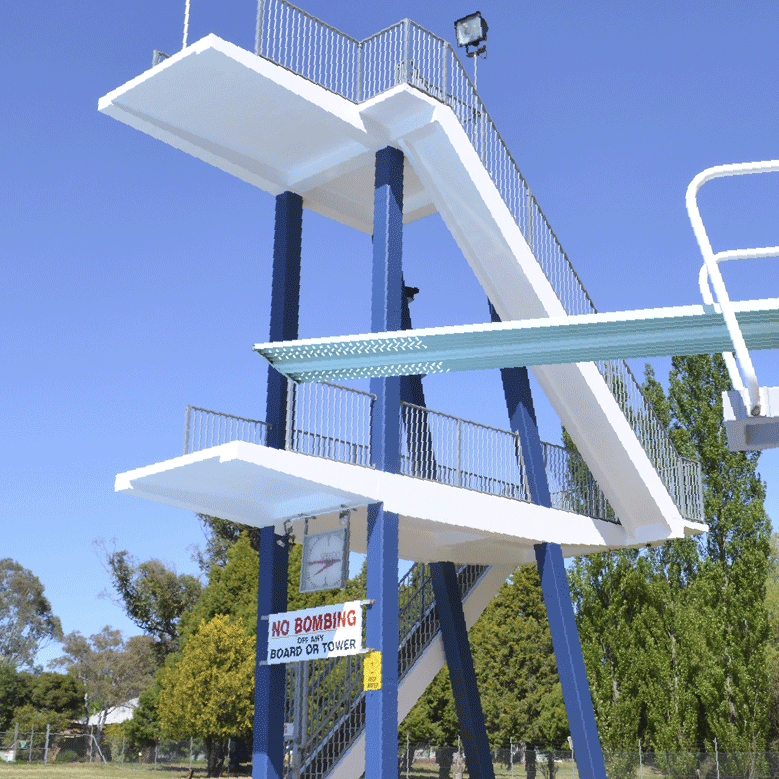 WELL TRAINED : Mayor Reg Kidd has praised the actions of lifeguards who rescued a young woman from the Aquatic Centre diving pool.

“The Aquatic Centre staff put in a lot of time and effort intro training and practising to deal with a range of scenarios, and I’m proud of the way they responded last night,” Cr Reg Kidd said.

“When the young woman landed in the water and was clearly in distress, a lifeguard was in the water to assist her in a matter of seconds. This is where the hours of training, practise and team-work kicks in.

“When it became clear a spinal support board and oxygen mask and tank were needed, other lifeguards were quickly on-hand to provide that support. There are extra skills needed when a rescue like this is happening in very deep water, in this case, the five metre deep diving pool.

“A team of three lifeguards were quickly able to get the young woman onto the board and support her in the water. At the same time, another lifeguard was on the phone to the ambulance crews talking with them as they drove to the scene.

“Another team of staff members were then ready to relieve the lifeguards in the water.

“In those crucial minutes before the professional paramedics had arrived, it’s fantastic that the team responded so quickly and did everything they could. It shows how good training and practise can pay off in an emergency.

“Because of the extra staff needed to provide this emergency response, the 50 metre pool wasn’t able to be supervised, so the 50 metre pool closed early last night. Squad swimming happened as normal in the 25 metre pool.  All pools are open today as normal.“