Lowest water use for a decade

Alongside  details of how much water has come from Orange’s stormwater harvesting system during January has come news that the Orange community reached its lowest level of water use for the last ten years.

Orange Mayor Reg Kidd saids he was delighted Orange had recorded three week in a row of very low water use by residents. 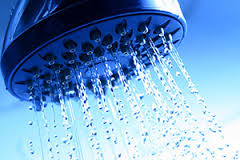 “Now, the latest figure has dropped even further. Last week our residents have used only 119 litres per person per day.

“To find a water use level anywhere near that figure you’ve got to go back to record rainfall years like 2016, or the small amounts residents water their gardens in the middle of Winter. We’ve checked back for the last ten years of records, but it’s likely this figure could be the lowest ever water use.

“This time last year in Summer that figure was 200 litres. It’s a sign of how much our community is working together and is committed to saving water.”