The latest decision by the NSW Heritage Council on plans to build a new sports precinct alongside the Bloomfield campus has been welcomed by Orange Mayor Reg Kidd.

Orange City Council is due to consider a DA proposal to remove trees from the site at a future meeting. However, under state planning procedures, the NSW Heritage Council considers heritage implications of the proposal before the Council makes a decision.

According to the minutes of its latest meeting, the Heritage Council “reiterates … its support for the redevelopment of this Precinct as a community sporting facility”. 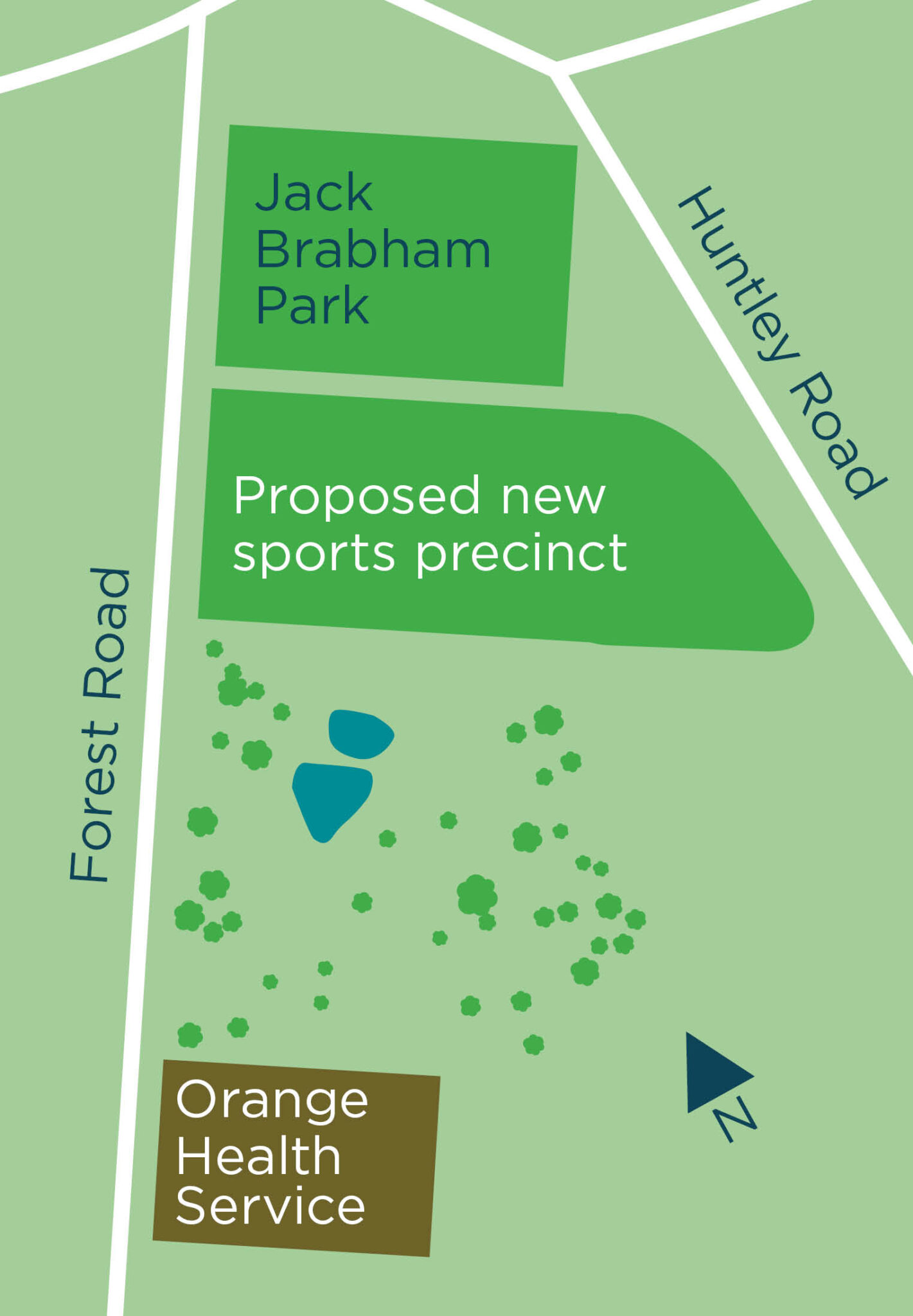 Orange Mayor Cr Reg has welcomed the latest decision of the Heritage Council which has now been published online .

“It’s good news that the Heritage Council has re-affirmed its early support for this very important project for the Orange community,” Cr Reg Kidd said. “This project has been backed by the NSW Government and we’re looking forward to getting on with it and making a start.”

“From that starting point of in-principle support, the Heritage Council has also come back with some feed-back including floating the idea of putting the stadium at the Huntley Road end of the site. I welcome their invitation for a meeting to discuss these and other options.”

“There are important reasons to put the stadium at the Forest Road end, that are about getting the most value for the grant that the State Government is investing in this project. Council will be pleased to discuss these reasons.

“It’s important that the Heritage Council considers the long-term implications for the Bloomfield campus, of this, and any other projects being built in the nearby area. The minutes raise the question of someone developing a masterplan for the whole site, supported by a site-specific regulations (a site-specific Development Control Plan) which would manage the details of any future development.

“While that may be a worthy step to explore, it would be very disappointing if this crucial sporting precinct was delayed for years while those new planning regulations were developed.

“We respect the important role that the Heritage Council plays in dealing with these important community issues. To let that conversation happen with them, we’ll now look to
postpone the date when Orange City Council was going to consider the trees DA from 27 April to some time in the near future. “