Last night’s Council meeting voted to adopt the draft budget for the next financial year.

During the community consultation stage, 605 people visited the YourSay Orange website, reading articles about aspects of the budget, completing surveys or leaving a comment.

83 people completed a survey about general responses to the budget. Among survey participants:

If you’d like to have your say in any future consultation. Please register with YourSay Orange.

Council aims to increase use of renewable electricity 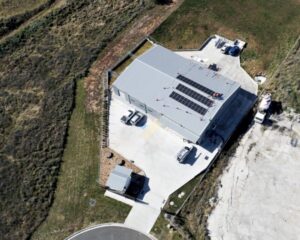 RENEWABLES: Solar Panels at the pound

Last night’s meeting voted to try to increase the amount of electricity it can buy from renewable sources.

While Council decided in 2019 to try and buy up to 20% of its electricity needs from renewable sources, it was unable to reach that target.

Since then market changes have made it easier to buy renewable energy.

Last night’s meeting decided to try and buy up to 50% of power from renewable sources, as long as the price is lower than existing prices. The process of buying renewable power is being facilitated among member councils of the Central West Joint Organisation by the Department of Industry, Environment and Planning (DPIE).

Community to be asked about single-use plastics

Last night’s meeting decided to out a new draft policy on exhibition for community comment about ‘single-use plastics’.

The new draft policy provides a framework for the phasing out of single-use plastics at Council events and in council operations. The framework would be implemented gradually over the next five years. 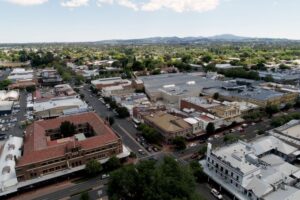 Last night’s meeting approved plans to financially support local businesses to upgrade the facades of CBD buildings from the Future City Assistance Fund. There were no community comments during the public exhibition period.

The meeting decided to :

The council receives regular reports about the number of complaints without disclosing details.

The report showed that in the ten months from 1 July last year to 30 April this year there had been two complaints in the category of ‘complaints made about Councillors or the CEO’. An investigation found there were no breaches of the Code of Conduct.

The meeting decided to provide $10,000 plus around $2,000 Showground hire fees to the operators of the 2022 Squeeze Music Festival.

The event is proposed for 24 April 2022 with the headline act to be Lime Cordiale, and 4 touring bands as support act and one locally-sourced support act.

Plans to be developed for arboretum

SITE: Cr Jason Hamling visits the site alongside the bypass.

Last night’s meeting decided to develop plans and cost estimates to establish a native regeneration zone together with walking/cycling trails.

Following a mayoral minute passed in April, the plans will be developed for a 44 hectare site on the bypass that was originally bought as the site for a new sporting precinct.

The plans will be developed for undulating land on the eastern side of the site.