Orange City Council is pleased to welcome those that have officially become Australian citizens over the past 3 years.

360 people from 42 countries, including India, Colombia, China and New Zealand, have become Australian citizens as part of regular ceremonies in Orange.

Orange City Mayor Cr Reg Kidd said: “The ceremonies are an opportunity for all Australians, whether they are citizens by birth or by choice, to come together to acknowledge what’s great about being Australian.”

“There is no greater privilege than our citizenship. It’s a life-long commitment to Australia’s values of freedom, democracy, equality and respect. 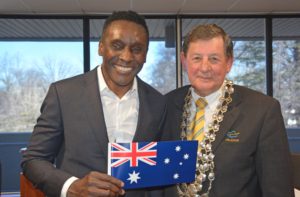 “We are a thriving multicultural community.

“I encourage everyone in the Orange City Council area to think about their Australian citizenship on September 17,” Cr Kidd said.

The Department of Home Affairs and local councils will be hosting 150 ceremonies across the country with more than 8000 people expected to become Australian citizens as part of this special occasion this year. Orange will not be hosting a citizenship ceremony on this day due to a clash with parliamentary sitting days. Orange’s next ceremony will be on 2nd October. 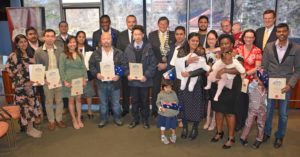 Australian Citizenship Day provides an occasion for individuals, schools, community groups and organisations to reflect on the values of Australian citizenship and the contributions of citizens to our local communities.