Nationals Upper House MP, Sam Farraway was in Orange today to announce a $612,212 from the NSW Government’s Stronger Country Communities Fund (SCCF) for the Orange region.

Mr Farraway said round 3 of the SCCF put community based infrastructure and opportunities for young people front and centre. 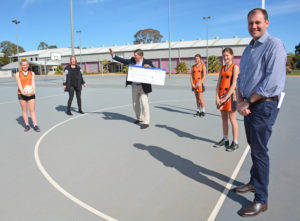 “While COVID-19 affecting many aspects of our lives, the NSW Government and regional councils are doing their best to ensure these projects are delivered for communities to enjoy once these uncertain times are over.”

“Orange City Council is delighted to be working in partnership with the NSW Government to boost the quality of local sporting facilities and develop a new service for local young people,” Cr Kidd said. “Netball is one of Orange biggest sports when it comes to numbers of participants. On a typical Saturday there are hundreds of people across the age groups playing netball on the Anzac Park courts. Having an extra couple of courts is going to boost capacity for games, and give the sport room to grow in the future.”

“During this period we have to put a brake on playing organised sport, but we’re also looking to make the most of this quiet patch to help netball come back better than ever. 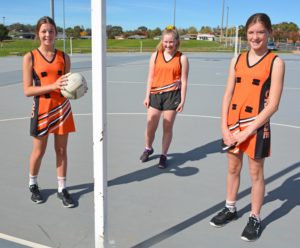 Just under two thousand people, juniors and adults, are registered to play netball in Orange, Jane Dennis said, and the extra courts will let more games be played at peaks times, as well as cater for future growth in the sport.

Mayor Reg Kidd said a new Youth Hub will boost the support that can be offered to local young people who need it.

“The idea of a Youth Hub is very important for local young peoplem” Cr Reg Kidd said. “This funding will let us set up a 12-seater bus to bring young people to the new drop-in centre. The range of sports and music lessons on-offer, together with homework assistance is just what’s needed.:

“The current rules on social distancing means there may a necessary delay on getting started with the drop-in centre, but there’s lots of planning we can get on with.”

Mr Farraway said that Round 3 projects already announced in Orange such as the Football Association lighting and the Bowen Community Technology Centre upgrades had already been well received and plans were going forward despite the current disruptions.

“Locals across regional NSW are seeing the benefits of the Fund, with projects making a big difference to everyday life, from new playgrounds loved by kids to light towers illuminating sporting fields and programs creating new opportunities” Mr Farraway said.

“We are funding grassroots projects that make a real difference to each community. Even in these hard and unpredictable times it is vital that we, as a Government continue to support our regional towns with new infrastructure and programs.”