By Council CommunicationsJune 4, 2021News
No Comments

Orange City Council’s budget for the coming financial year is aimed at building momentum to complete a number of key projects already underway and assist the Orange economy to continue to recover from the impact of the COVID-19 crisis.

The projects are to be funded by a mix of already-approved government grants, council reserves, property sales and loans. The list of major capital projects will see work continue on a number of major projects during the next 12 months, including:

In line with a unanimous Council decision earlier this year, the budget would also see a start on the Orange Regional Conservatorium project during the next financial year.

Council has also asked for a report on how to fund the remaining $5 million from Council reserves if the NSW Government does not offer grant support for the project.

Orange Mayor Reg Kidd believes the community will welcome a determination to finish a number of major projects as well as start new initiatives.

“The community realises that big projects like the southern feeder, our CBD upgrade and a major new wetland will take a number of years to deliver,” Cr Reg Kidd said. “Seeing the latest instalments of these costs emerge in our annual budgets is a responsible way of managing these projects.”

“I’m pleased we’re able to continue to give new footpaths a higher priority. The budget also includes plans for a number of projects that have come from long-term strategic planning, but there’s also suggestions that have come from council members which are aimed at improving local neighbourhoods and finding solutions to local problems,” Cr Duffy said.

The list of suggestions from councillors that were added during the Council budget discussions includes:

An extra $150,000 to bring spending on new footpaths and footpath rehabilitation to $900,000
While the draft budget was on exhibition for community comment for 28 days, 605 people visited the YourSay Orange website, reading articles about aspects of the budget, completing surveys or leaving a comment.
83 people completed a survey about general responses to the budget with: 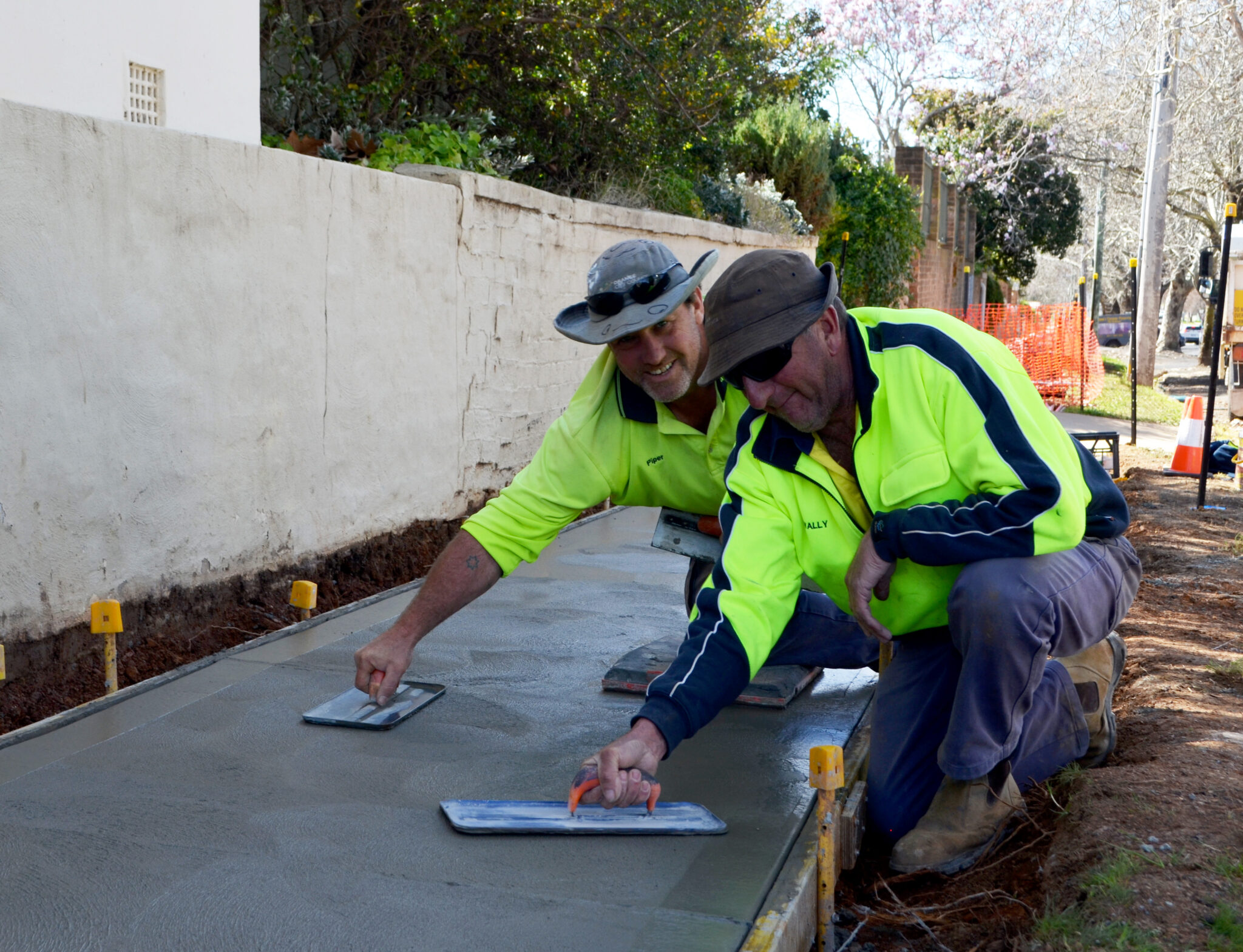 Council concrete crew working on the footpath in Hill Street