Orange City Council has awarded the tender to construct the new $5 million roundabout at the corner of William Maker Drive and the northern bypass.

The project is being supported by $2.35 million from the NSW Government’s ‘Resources for Regions’ program, established under Restart NSW to deliver improved local infrastructure to mining-related communities. The remainder of the funding for the roundabout will come from Orange City Council and industry contributions.

Orange mayor Cr Reg Kidd has welcomed the latest milestone of the project. 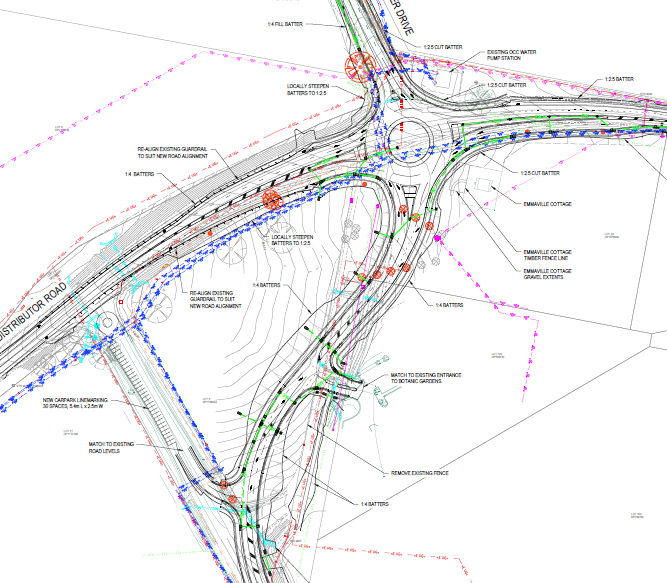 “It’s great to reach this stage of the project which will be one of Orange’s biggest roundabouts, on the scale of the by-pass/Molong Road roundabout, with two lanes of traffic in and out,” Cr Reg Kidd said. “The project will also include a re-alignment of the northern end of Hill St to join the southern leg of the roundabout.”

“It’s expected traffic flow improvements will include a significant reduction in current waiting times for drivers in Hill St entering the bypass.

“The work will begin in the new year and it’s expected to be completed during the third quarter of the 2020 calendar year.”

“Hamcon Civil have a lot of experience in this field. This the company that built the first stage of the Southern Feeder Road from Forest Road up to Anson St, as well as the Forest Road upgrade from the Huntley road intersection to the hospital.”

Minister for Regional Transport and Roads Paul Toole welcomed the tender award, saying the project would increase productivity for industry while also making the route safer for other road users.

“It’s part of the government’s ongoing commitment to targeted infrastructure investment in regional NSW to boost local industry and support our local communities,” Mr Toole said. “I look forward to seeing the project take shape in the New Year.”

Orange City Council’s Infrastructure Committee chair, Cr Jeff Whitton said there will be a lot of planning before the project begins to minimise the impact of the construction phase.

“When work begins, the new roundabout will be staged with most of the work in an area on the southern side of the bypass, allowing traffic in William Maker Drive and the bypass to continue uninterrupted,” Cr Jeff Whitton said . “Then once the first stage is finished, traffic will be switched onto the new roundabout while the remainder is completed.”

“Because of the re-alignment of Hill St, the project also includes an upgrade to the bluestone gates at the entrance to the Botanic Gardens car park.”