Rising sports stars and local clubs in Orange are set to benefit from first-rate regional sports infrastructure with preliminary work now under way on the new $25 million Orange Sports Precinct.

Mr Farraway said the government made the commitment to fund the $25 million project at the time of the last election. 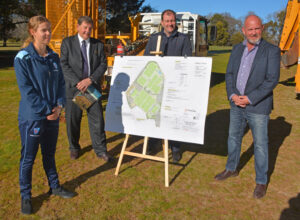 Funding had been sourced, he said, as part of the government’s plan to support projects which aid recovery from the economic impact of COVID  pandemic. The government wanted to see “action on the ground very quickly”, he said.

“This election commitment, delivered today, will drive business, tourism and dollars directly into the Central West.”

As well as a new marquee field (a rectangular football field with a 1500 seat grandstand and raised mounds to sit 8,500 fans) the new sporting precinct will include cricket and multi purpose fields and an athletic field and track with covered seating.

Orange Mayor Reg Kidd said with funding confirmed Orange City Council will now push ahead with construction of the project.

“We have consulted widely on the project and heard community feedback, we know this sports precinct is going to be transformational for local residents,” Cr Kidd said.

“Today’s announcement is testament to what’s possible when local and state government work together and I thank and commend the NSW Government for the funding to make this essential project for the people of Orange a reality.”

“This new precinct is going to make Orange a regional centre for sport across Country NSW,” Cr Jason Hamling said. “I’m confident it will out-shine the sporting venues in other nearby central west centres.”

It’s expected the next steps, which include geo-technical investigations and an environmental assessment, would be completed in the coming months before DAs would be submitted to begin earthworks on the site.

In due course, planning approvals for major elements such as the main field and grandstand would be large enough to be assessed by a Regional Planning Panel, rather than Orange City Council.

The timeline for the precinct project estimates the first elements, a specialist athletics track alongside Huntley Road, would be completed by late next year.

It’s estimated the main field and grandstand would be completed by the end of 2022.

Concept plans for the project show the sporting precinct would be built on the northern half of the former golf course, and would include more than 1,400 car parking spaces across seven car parks. 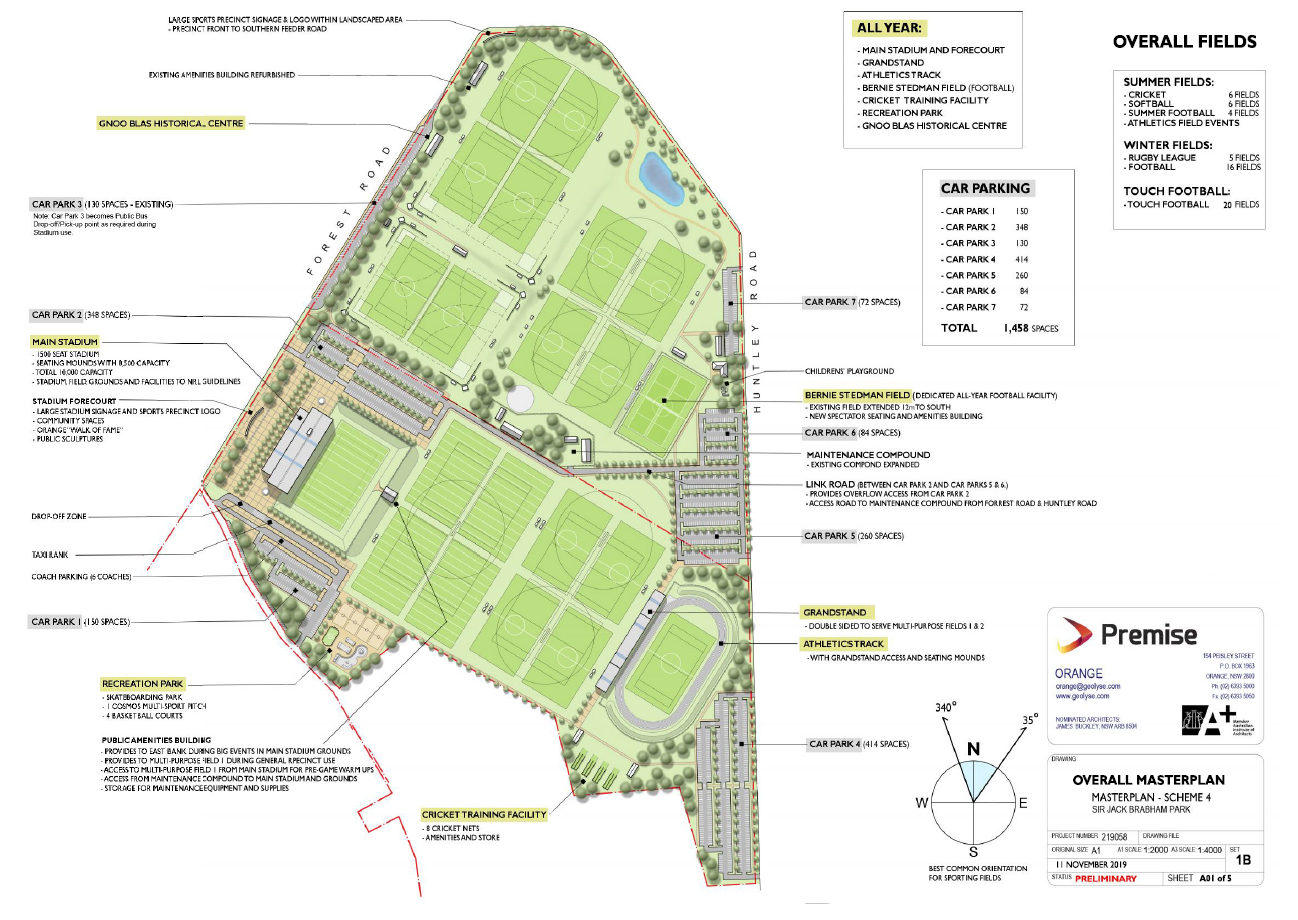