UPDATE: Traffic conditions haven’t changed yet but are expected to in a week or two, weather dependent. Unexpected delays have meant a subcontractor wasn’t available to start the next section of work.

Motorists cannot turn right into or out of Hill Street, at the Northern Distributor Road intersection for about the next two weeks.

The roundabout a road realignment at the Northern Distributor Road and William Maker Drive has reached another milestone in construction, which means the intersection is temporarily closed as crews continue working on the upgrade.

The Anson Street and NDR intersection is also expected to be fairly busy as it is taking on a lot of traffic from Hill Street.

Consider other routes to work or appointments if you are concerned about traffic delays.

The immense $5 million dollar project commenced in February and the work, which is being carried out by local firm Hamcon Civil, is expected to be complete by the end of November, weather permitting. 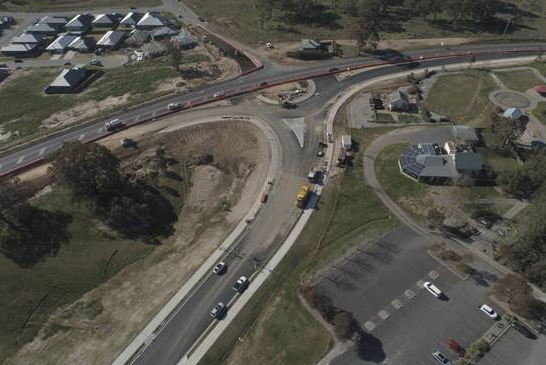