Orange’s $1.5 million pound is less than three months from completion as work on the fit-out of the facility starts.

“This facility will be one of the best in the state with large exercise yards, a hydro bath for all dogs who enter the facility, a dedicated visiting veterinarian room and isolation rooms for sick pets,” Cr Kidd said.

“The facility at Astill Drive can hold 30 dogs and 18 cats and will have after hour’s drop-off cages.

“The after-hours drop off kennels were a feature the community had asked for, through our Companion Animals Community Committee, and we were able to discuss this particular need and ensure it featured in the final design. 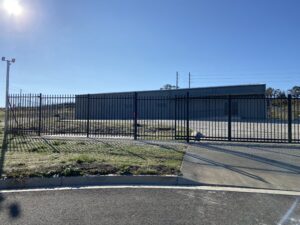 “I’d like to thank the community and the committee for the patience shown in getting this project off the ground.

“We’ve had a few unexpected setbacks but we’re now on the countdown.”

Previously, the Orange branch of the RSPCA managed the city’s stray pets on Council’s behalf but decided not to continue with the arrangement in 2017.

Since then, Council temporarily placed the city’s stray pets at a private facility, with the intention to build its own permanent facility.

“Canobolas Family Pet Hospital has taken on the role of being the main drop-off point for stray pets over the last two years and the staff have done a fantastic job.

“I’d like to thank them for their dedication and care in reuniting the city’s lost pets.

“I’d also like to thank Blayney Veterinary Hospital for the services it has provided us during this time.

“The new facility at Narambla will provide a high-standard of care for the city’s stray pets and will be an easily accessible venue for people who are looking for a new family pet and would prefer to adopt one.

“However, we ideally don’t want any pets to end up at the new facility. Instead, microchip your pets, put an identification tag on their collars, fix fences and keep them inside during thunderstorms.”