Council asks for community comment on next stage of sports precinct

The community is being encouraged by Orange City Council to comment on the next stage of the proposed new sports precinct and parklands along Sir Jack Brabham Park as part of the latest Development Application (DA) that was today placed on public exhibition.

The new DA includes the design of the precinct’s new landscape master plan, prepared by landscape architects Taylor Brammer and outlines plans for earthworks along with the planting and removal of trees across the site.
The latest DA also includes an independent traffic study into the impact of the proposed new sports precinct. It finds nearby roads have the capacity to handle traffic generated by the project.

Orange Mayor Reg Kidd said the community will have several opportunities to find out more about the DA and have their say.

“For the first time, the community can see a plan showing the location of the stadium and the specialist athletics track. Following community feedback, we have worked hard to include parkland features to create a sports precinct in a parklike setting,” Cr Kidd said. 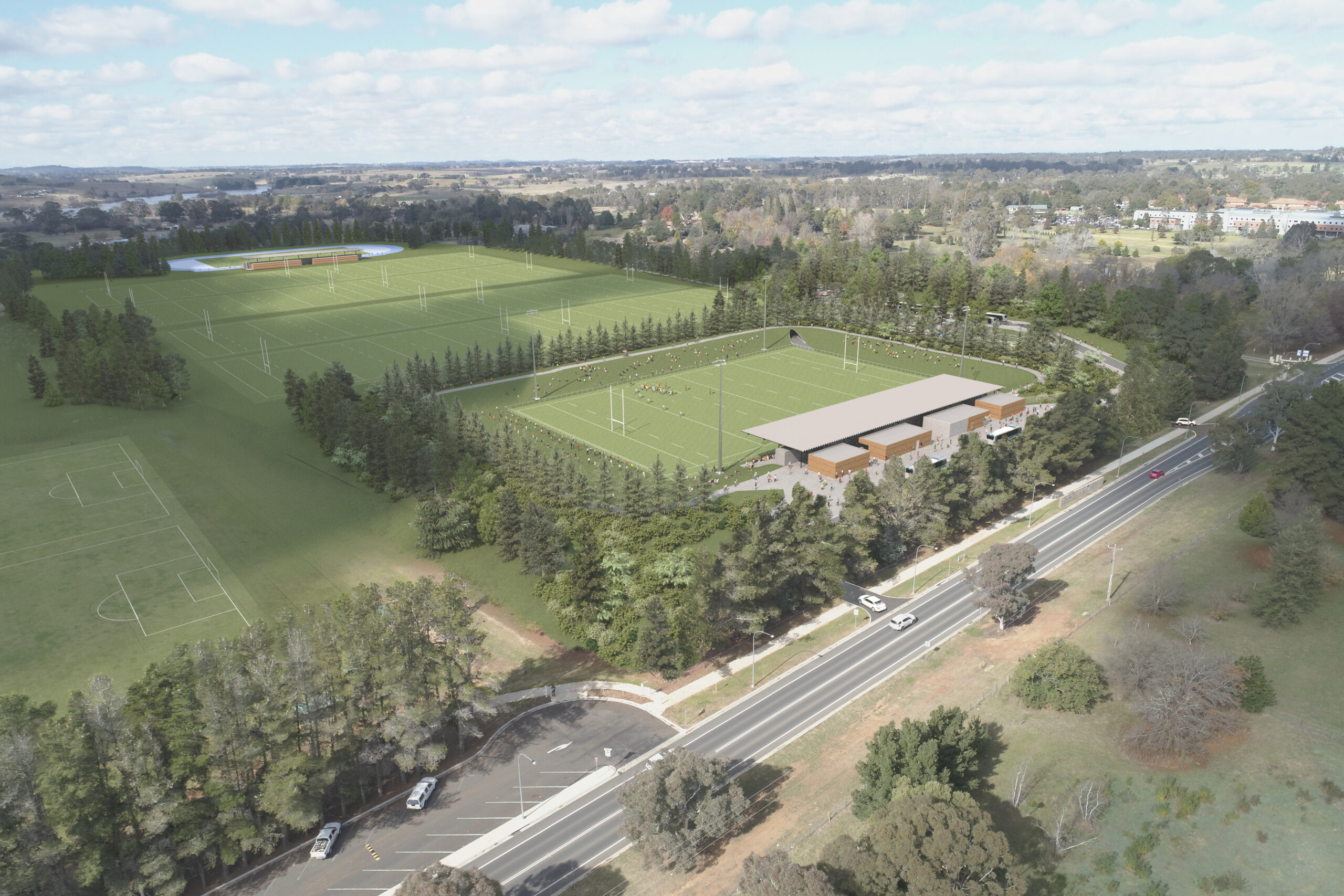 PRECINCT: An artist’s impression of the new precinct.

The DA provides an overarching concept for the sporting facility, which sets out key design parameters for how the site will be developed. The DA seeks ‘concept’ approval for the entire complex at this stage as well as specific approval for the next stage of development.

If the concept is approved by the WRPP, future development applications for components such as the stadium will have to align with the concept plan moving forward.

“When there’s a lot of community interest in a proposal, there’s usually a face-to-face community forum,” Cr Jason Hamling said. “That can’t happen during a lockdown, but we’ll be doing our best by using the Zoom platform to give people the chance to be as an informed as possible.”

Community feedback will form part of the proposal to the NSW Heritage Council for consideration. It will then be considered by Orange City Council, before Western Regional Planning Panel makes the final decision on the DA. That process is expected to take between two and three months.

You can view a video of the community information session here.

Community consultation will also happen on the YourSay Orange site.

The community can also lodge formal submissions in writing to Council or send an email by 5pm, Wednesday, 13 October 2021.

The Development Application documents can be found here:

Appendix A2 – Civil Drawings (there is no Appendix A3)