Council’s Woodbank returns for the winter

An Orange City Council initiative to provide firewood for needy families is returning for another year.

After a successful initial roll-out last year, the ‘Woodbank’ scheme is back in operation again. Last year’s budget, which started the season at $5,000 and which was topped up by a further $3,000, was this year increased to $10,000.

Orange City Councillor Glenn Taylor is pleased the program is back to help local families in need. 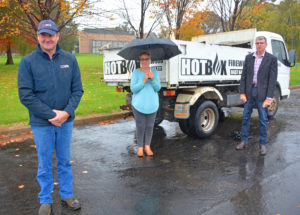 “Woodbank was well-received last year and I’m pleased that’s back again as temperatures start to drop,” Cr Glenn Taylor said. “Council is funding the scheme with $10,000 and it was good to see that community members have also donated $700 to help out.”

“Local wood suppliers will again be involved. They’ll be delivering $100 worth of wood to local families in need.”

The program will operate from the Foodcare Orange organisation operating out of its building at 142 March St, as well as Orange City Council’s Community Services Centre at 286 Lords Place.

“Woodbank will operate in much the same way as last year. Foodcare has an established way of offering support to families in need. Families are already going to Foodcare, and there they’ll get the groceries they’ll need to help them through what’s a tough time. They’ll also be able to get a delivery of firewood.

“When a family asks for firewood at the Foodbank office or the Community Services Centre, there’s a simple form where people can supply their details and provide concession, pension or Centrelink reference numbers. Staff will take their details and arrange for a load of wood to be delivered. It can usually be delivered in as little as three days.”