The long-awaited Dixons Long Point Crossing is becoming a reality thanks to the Australian Government contributing $9.8 million in last week’s 2020/21 Budget.

It means that the project is now fully funded and can move to the public consultation phase, which will conclude Stage 1 of the project. The project will then proceed to Stage 2 which is the design and construct phase.

Member for Calare and Minister for Decentralisation and Regional Education Andrew Gee announced today that the proposed design option includes a new location for the Macquarie River crossing.

Work on Stage 1 of the project commenced last year. Preliminary plans and designs, as well as engineering, geotechnical studies, surveying and a safety audit have now been completed and a new location for the crossing has been identified. Environmental work and cultural and heritage studies are also in progress.

“The Dixons Long Point Crossing is a project 160 years in the making, so I am very proud to be able to say that it can now become a reality,” Mr Gee said today.

“There is still some preliminary legal and technical work to be done, including negotiations with local landholders in relation to the route, but we feel very confident that this significant project is now on the cusp of going to tender,” Mr Gee added. 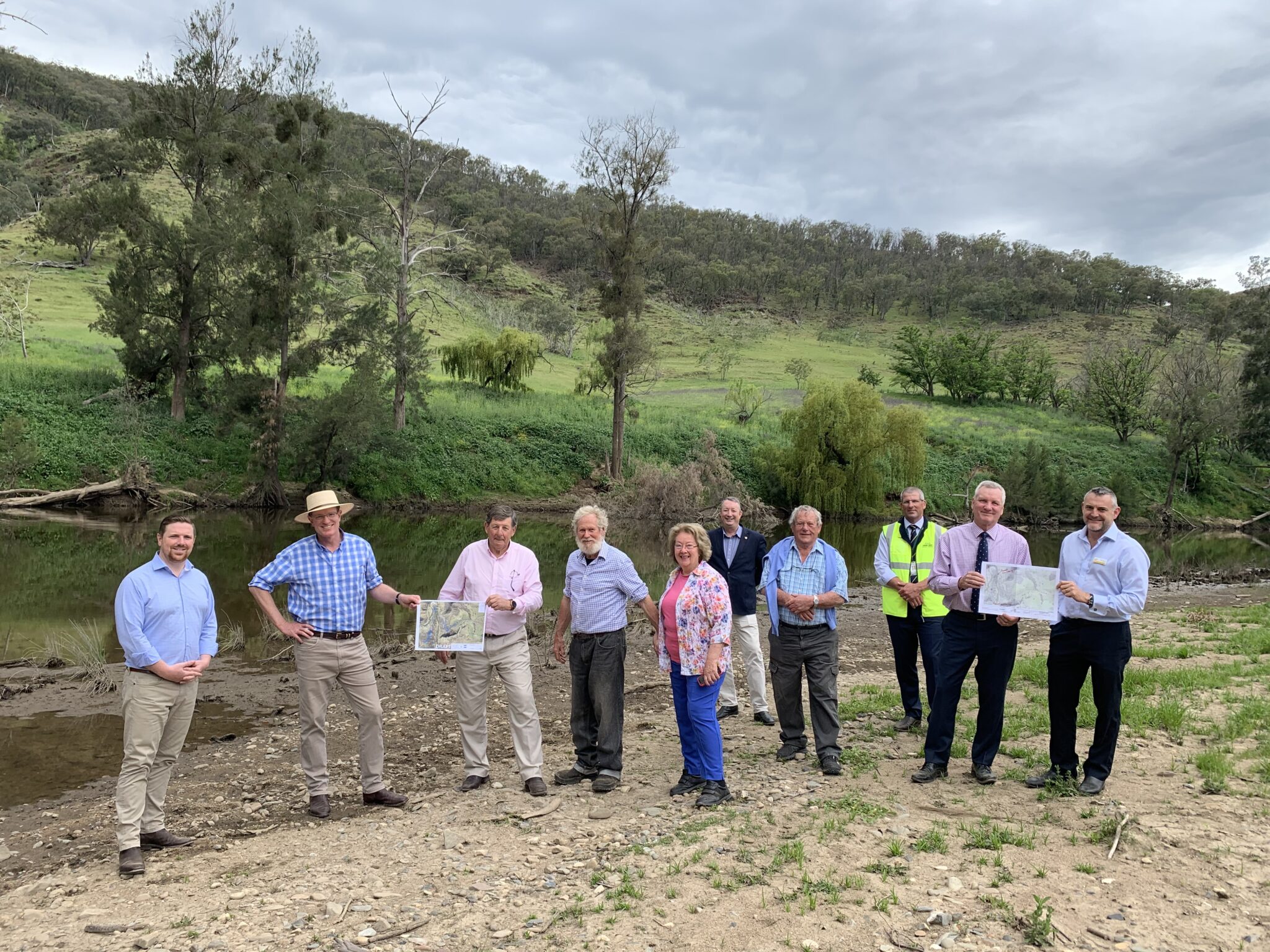 “Moving the crossing downstream will mean the approaches on both sides won’t be as steep, so it will be safer, and will also deliver a better environmental outcome,” Mr Gee explained.

“We anticipate work will commence on the Cabonne side first, to allow access to the bridge site. The bridge itself will be done next and then the approaches on the Mudgee side.

“The upgraded crossing will deliver a wide range of benefits to the Calare electorate and New South Wales by creating a crucial new link between the Mudgee, Cabonne and Orange areas, as well as the wider Central West, the Hunter and beyond.

“I’m very pleased with the way that our local government and councils have worked together on this project. It has been a very positive and collaborative process,” he said.

The preliminary costing on the new bridge and approaches for the Dixon Long Point project have come in at $25.2 million exclusive of GST. The project is funded entirely by the Australian

Government and any additional funds available will go towards further road improvements on both sides of the river.

The plans are expected to go on public exhibition with Mid-Western Regional Council next week, while residents affected by the project will be contacted directly.

“The benefits of completing this key transport artery for tourism, jobs and economic activity cannot be underestimated,” Mr Gee said.

“In terms of the visitor economy, the new crossing will create a unique regional tourist trail that can be started or finished in Lithgow, Bathurst, Mudgee, Wellington, Orange or Cabonne. The whole Central West region will benefit.

“After the economic impact of COVID-19, this capital injection in our local economy could not have come at a better time,” he said.

Mid-Western Regional Council has been a key driver of the project. General Manager, Mr Brad Cam, said today, “I think it is fantastic that Minister Gee was successful in getting the money to allow the project to get underway.”

“There is still work to do on the Mudgee side but it’s a significant step towards opening up the Central West,” Mr Cam said.

Cabonne Shire Council is supporting the project too and will play an integral role in progressing the road works on the Cabonne side of the river.

Mr Brad Byrnes, General Manager of Cabonne Shire Council said, “The crossing at Dixons Long Point will improve access for communities throughout the region and provides a safer and more efficient route for road users. In addition, the upgrade opens up potential to link key food and wine regions in the area, benefiting the tourism markets and showcasing the produce of both Mudgee and Cabonne.”

Orange Mayor Cr Regg Kidd has also welcomed the progression of the project.

“This is great news for the region,” Cr Kidd said.

“Orange City Council welcomes this project as it will provide a key link for visitors between Orange, Mudgee and Cabonne. It will provide another key route for people wanting to explore this beautiful country and provide an economic injection into our cities and villages.”

The project work is being commissioned by Mid-Western Regional Council in partnership with Cabonne Shire Council and is being administered through NSW RMS.