Kicking goals for sport and recreation

More than $7.5 million dollars has been invested in delivering new playgrounds, improved sporting infrastructure, lighting, and amenities in this term of Orange City Council.

A report tabled to Council this week detailed sport and recreation projects that have been delivered over the past four years, including: 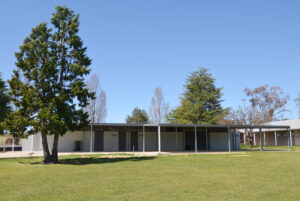 Orange Mayor Reg Kidd said he is pleased with the mixture of sport and recreation facilities that have been delivered.

“Orange has a strong history of organised sport and we need to make sure we cater for those sports today, and well into the future.

“We also want to make sure we have great spaces and playgrounds to encourage active family activities that get people outside,” Cr Kidd said.

“I am really pleased with what we have delivered. I have been chair of the sport and rec committee for 17 years and I am excited about where we are heading,” C Hamling said.

“The plans for Sir Neville Howse Stadium and Glenroi Oval demonstrate we are not finished yet. And the $25 million Sports Precinct and Parkland at Bloomfield is also coming.”

In recognition of the increased demand for indoor sports courts at Sir Neville Howse Stadium, Anzac Park (Orange PCYC), Council developed concept plans for the expansion of the Stadium, which will cater for the sustained growth of key venue users.

The concept plans include three additional indoor courts, one of which would be a show court; grandstands, additional change rooms, and storage and office spaces.

A master plan for the future enhancement of Glenroi Oval was also developed. Key elements of the master plan include: 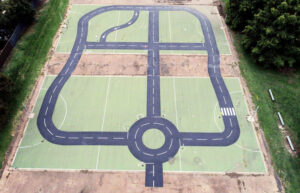 REPURPOSED: The children’s bike education track at the old netball courts at Moulder Park is a popular attraction.

Many of the projects delivered this term received state or federal funding and/or were constructed in partnership with local sporting organisations. These contributions substantially reduced the reliance on Council funding.

The external funding from the NSW and Federal government included: