Orange Regional Museum will celebrate the 60th anniversary of the first local television broadcast at a special edition of its ORM Talks event series next week.

ORM Talks – Welcome to Television: the 60th anniversary of Channel 8 will be held at 6pm on Friday 18 March.

The event will feature highlights of Channel 8 news, current affairs and sport footage, which was donated as 16mm film by Prime Television in 2021 and digitised by the museum. 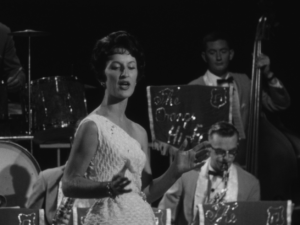 “What followed was almost 50 years of local broadcasting from the Channel 8 studios on the Mitchell Highway, which ended in 2010,” Cr Mel McDonell said.

Since then, local TV news production has continued in Orange, but it’s been on a very different scale to the earlier years.

“The television station made such an important contribution to the region, not only by telling the stories of the time, but also with the role it played in the daily lives of local families watching at home,” Cr McDonell said.

Guest speaker Bronwyn Barnett from the National Film and Sound Archive will provide an insight into building and preserving the national television collection for future generations.

She will also talk about the beginnings of regional television, its importance to local communities and how technology has given communities more viewing choice whilst diminishing the local station footprint.

Guests will also enjoy a glass of wine, delicious grazing platters and an after-hours viewing of Orange Regional Museum’s exhibition Child’s Play: Growing up in Orange in the 1950s and 1960s.

ORM Talks is an opportunity to enjoy great public lectures on a Friday evening, featuring exciting speakers on a range of fascinating subjects.

Tickets cost $15 (Friends of Orange Regional Museum receive a 25 per cent discount) and can be booked online here.