By 2041 the Orange population will pass 50,000 but the number of people living in each household is projected to fall, according to analysis contained in Draft Orange Housing Strategy.

The draft strategy is currently on exhibition for community comment. To read more about the strategy or to have your say visit YourSay Orange. 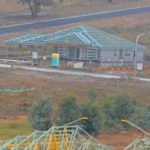 PUZZLE: Most Orange households have only two people but most housing stock is three and four bedrooms

Although there is demand for single freestanding dwellings which represents 86 per cent of the housing stock, the draft strategy found there is an increasing demand for the delivery of smaller dwellings which are better suited to smaller household types.

Orange Mayor Reg Kidd said there would be continued demand for some larger households so there was room for older  households to share their home with visiting family and grandkids.

“The data shows the city is changing so we need to get the mix right and making sure we have the right mix of housing types will influence housing affordability. Council has been working with the housing industry and providers to better understand the barriers to residential development in and supply and demand of alternative housing types” Cr Kidd said.

“There might be a willingness for smaller housing types but the stock is not available.”

“The challenge is to support social and cultural diversity through increasing housing diversity and choice. This includes retaining and attracting residents on high and lower incomes, key workers, transient employees, those who identify as Aboriginal or Torres Strait Islander, families with children, people with disability, older residents, long-term renters, students, people living alone, shared households and more,” he said.

The draft strategy is on exhibition for community comment until 21 February 2022.