Plans to build a new $25 million sports precinct and parklands alongside the Sir Jack Brabham sportsgrounds take their next step early next month.

Orange City Council has confirmed that the Western Regional Planning Panel (WRPP) will meet to consider the latest Development Application (DA) for the project on Tuesday 1 February. 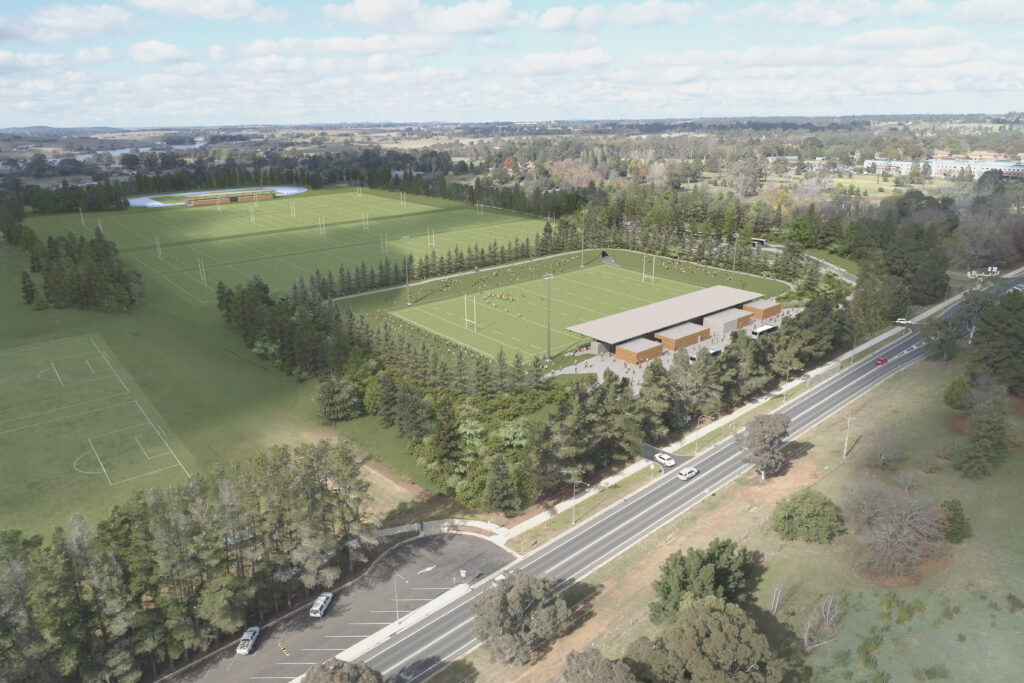 “This is a project that the people of Orange have been waiting for, for a long time, so it’s always good to see progress,” Cr Jason Hamling said. “I was encouraged that there was strong community support for this project at the December Council election. I heard many comments that the community just wants us to get on with it.”

“That said, people do need to be patient. When you’re proposing to spend this much taxpayers’ money it’s important to get the details of the design right. Community consultation is essential and a project of this size must be approved by an independent planning authority, in this case the WRPP. The panel made a visit to the site in November.

“While the WRPP makes the decision, the process is that the DA was lodged with Council and went on public exhibition for community comment in September. 33 submissions were received from the community. Council’s planning staff are also assessing the project against planning rules and will report to the panel on the submissions received and the issues raised in community submissions. Last year the Council also decided to write to the planning panel to make a submission in favour of the project.

“As well as the overall concept of the sporting precinct, this latest DA seeks approval for the earthworks, the final tree clearing and the formation of 8 multi-purpose playing fields. The details of the stadium and athletics track will be considered in future DAs.

“We’re not simply sitting back and waiting. It’s not unusual for a project of this size that tenders go out to the market to keep the ball rolling while the approvals are still under way. That happened with the earthworks tender for this project just before the holiday break. That tender closes on 8 February.

“If the WRPP gives the project the green-light, it’s expected Council would be in a position to consider awarding the earthworks tender in the coming months.”

It’s important to remember that the assessment process is run by the WRPP, not Council. Anyone who made a submission and wishes to address the panel on the day can contact them to register to speak. It is the job of the Panel secretariat to write to those who made submissions. The panel will advertise the meeting in due course.

The panel may take up to a week to decide whether to approve or refuse a project such as this.

While the exhibition period of the DA plans ended in October last year, the DA documents can still be viewed online at on the council website.