Lake Canobolas was the venue as more than a hundred members of Orange’s Hindu community celebrated one of the highlights of the year, the annual Holi Festival.

After the Desi Aussies of Orange group organised the event locally in recent years, Orange’s newest community, the Orange Hindu Association joined in to make the event even bigger and better.

Association leader Binu Nair said he was delighted by the turn-out on Saturday. 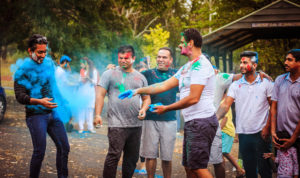 HOLI : Throwing water and coloured dye is all part of the fun at the annual ‘Holi’ festival, part of the Hindu tradition.  PHOTO : Sreejith Kurumanghat

“The numbers for this event nearly tripled this year, “ Binu Nair said. “We had between 100 to 120 people attend this event, including the elderly, teenagers, kids and adults.

“There were people from various multicultural backgrounds. We had around 8 people turn up from Bathurst and a family from Canowindra.

“The throwing of water and coloured dye powder is all part of the fun of the day.

“In India the timing of festival marks the arrival of spring, the end of winter, the blossoming of love, and for many it’s a festive day to meet others, play and laugh, forget and forgive, and repair broken relationships.

Saturday’s event at Lake Canobolas included a variety of food served on this occasion that was interesting.

Mr Nair said preparations are under way for a community launch of the new association next month.

“Because the community of Hindu families is growing in Orange, it’s time to bring us together to work on projects such Saturday’s event, by forming a new association,” Mr Nair said.

The launch will be held at the CWA Hall in Robertson Park on Friday 12 April starting at 7pm and is open to all. 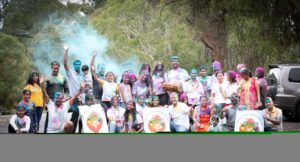 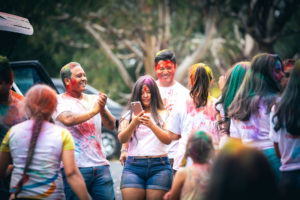 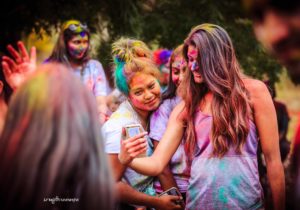