Orange has experienced a surge in visitors in recent weeks as Sydneysiders explore new destinations amid COVID-19 travel restrictions, and the trend is set to continue as NSW heads into the school holidays.

The influx comes on the back of a flood of coverage about Orange in metropolitan media, from lifestyle and travel magazines to current affairs programs, websites, blogs and podcasts, including Country Style and Luxury Travel magazines, and television programs, Weekend Today and ABC Backroads.

International travel bans and the closure of state borders means travellers are looking to visit places closer to home and Orange Mayor, Reg Kidd, says the city is on many people’s bucket lists. 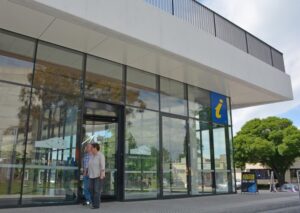 “We’ve had a lot of first-time visitors. People who may have been thinking of coming for a while have finally taken the opportunity to see what Orange has to offer,” Cr Reg Kidd said.

“It’s great to see these numbers of people coming to explore everything Orange has to offer and it’s reassuring to see that visitors are being responsible, with no new cases of the virus detected in the city since travel restrictions were relaxed.”

“The city has been inundated with visitors since the June long weekend,” Cr Tony Mileto said.

“Food and wine is certainly attracting crowds, which is a real boost for restaurants and cellar doors after what has been a tough time for the industry.”

Traffic on the Orange360 website has steadily increased since the Covid-19 lockdown began, from a weekly average of 2500 unique visitors in April to 10,591 in the first week of June,
while enquiries through the website’s live chat function jumped from 69 in April to 197 in May and 477 in June.

Orange360 general manager Caddie Marshall said it paid off, with many local accommodation providers booked out until September and October.

“We’ve been building our destination reputation over two years to make sure Orange is top of mind,” she said.

“From the long weekend, the first weekend people were able to travel, we had 100 per cent occupancy across Orange and many of the surrounding villages. There were strong numbers and strong forward bookings.”

The live chat is managed by Orange Visitor Information Centre staff and operates during business hours.