By Council MediaNovember 18, 2021News
No Comments

Orange Mayor Reg Kidd planted a commemorative tree at Orange Botanic Gardens today, Thursday 18 November to mark the 175th anniversary of the proclamation of Orange as a village.

An event was held with invited guests at the Clover Hill Function Centre to celebrate the anniversary. Aunty Alice Williams performed the Welcome to Country and the Mayor made a speech before inviting local school children to help him plant the tree at the gardens. A celebratory cake cutting and morning tea followed. 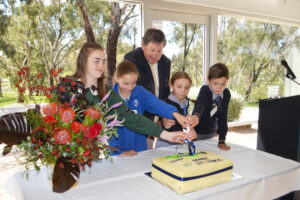 It was given its name by then surveyor-general Major Thomas Mitchell in honour of Prince William of Orange. Before then, Orange was known as Blackman’s Swamp, after the chief constable of Bathurst, John Blackman.

Orange Mayor Reg Kidd says the anniversary gives us an opportunity to celebrate the achievements of the community of Orange over the past 175 years.

“It’s been a long journey that began with what was a sleepy few huts and a collection of dirt tracks,” he said.

“Today Orange is one of the major regional cities of inland NSW, and Australia.

“We’re now a prosperous, multifaceted and multicultural city that has much to offer in education, health, commerce, mining, viticulture, horticulture, agriculture, cultural, sporting and leisure activities.”

Guests received a commemorative pin and booklet to keep as a memento of the anniversary. 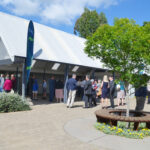 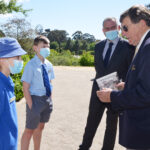 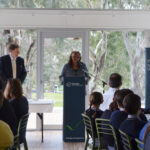 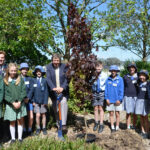 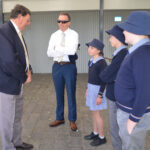