The latest stage of Orange’s southern feeder road is on-track to be finished in October with the construction of a new intersection.

The new upgraded intersection meets the Mitchell Highway about 250 metres west of the former intersection, at the corner of Dairy Creek Road and the highway. The new intersection will include new turning lanes off the highway and a culvert over a drainage channel.

Traffic has been using the completed sections of the road, east from Elsham Ave, since late June. 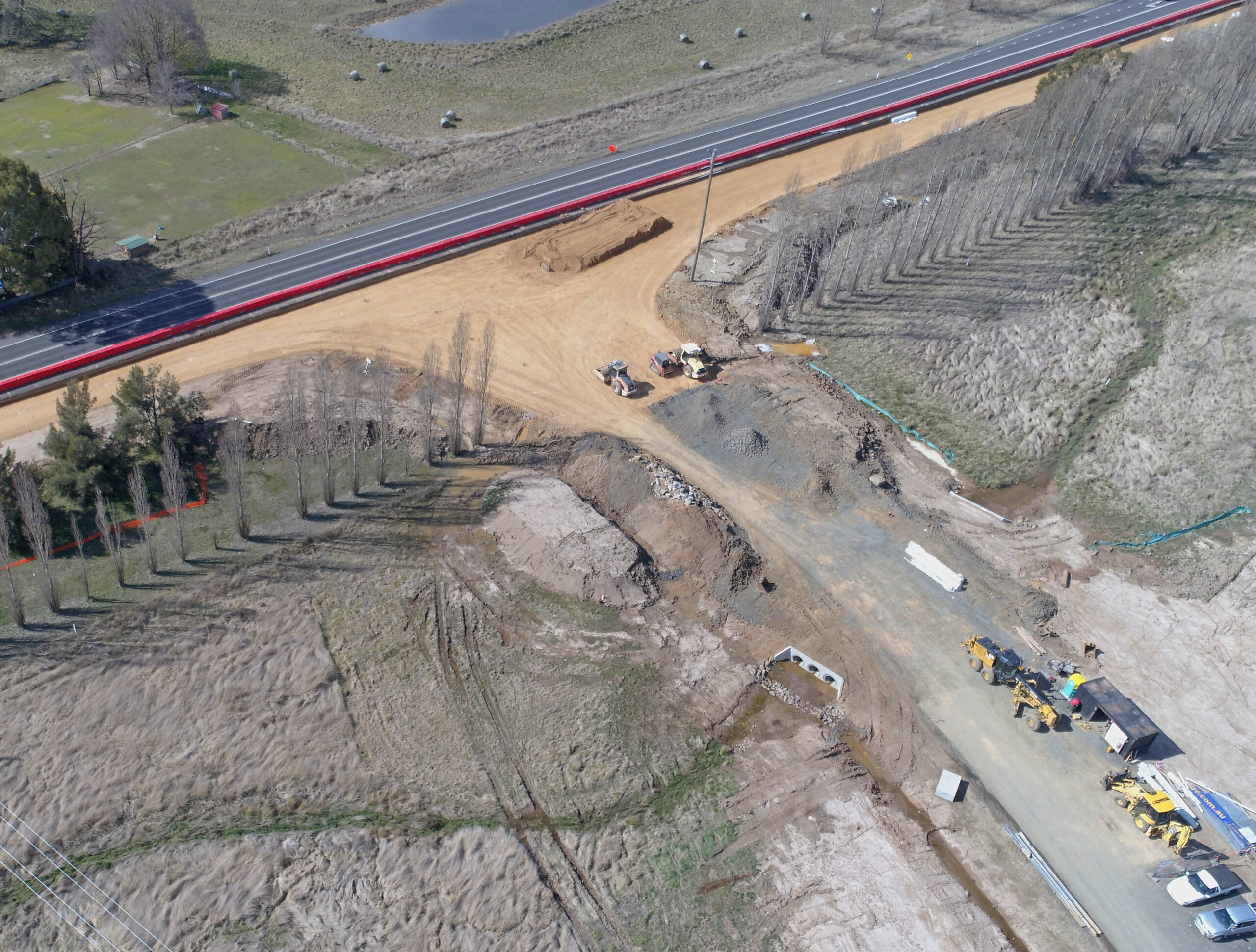 PROJECT: The latest stage of the southern Feeder road will be complete when a new highway intersection on Orange’s eastern outskirts is finished next month. (CLICK TO SEE LARGER IMAGE)

“Passing drivers on the highway have been watching the progress of the road with interest, as it cuts across the paddock from the new road to the highway,” Cr Reg Kidd said.

“It’s going to be a lot smoother for traffic heading towards industrial areas, the hospital and south Orange to use this new intersection,” Cr Kidd said.

The project includes a new shared pedestrian/cycle path from Elsham Avenue to Kurim Avenue, connecting to the existing path which crosses the railway line. There’s also new street lighting from Elsham Ave to Lone Pine and then again at the highway intersection.

Stage 3 of the project is funded by Orange City Council, the Australian Government and the NSW Government through:

Orange City Council’s Infrastructure Committee chair, Cr Jeff Whitton said he was pleased the Council has also recently put the next stage of the southern feeder out to tender.

“Infrastructure projects like this are so important for the Orange economy and I’m glad we’re keeping the momentum going during these tough COVID times,” Cr Jeff Whitton said.

“The tender for Stage 4 from Anson Street west towards Shiralee will close at the end of this month [September]. It would be great if we were in a position to award that tender during October, so that construction could start before the end of the year.”