Orange can handle growth, despite the drought

The community of Orange has planned ahead and has the capacity for steady economic growth despite the drought, according to Mayor Reg Kidd.

Orange has switched to Level 5 water restrictions. The package of restrictions, which includes garden watering on one hour one day a week and requests to business to look closely at their water use, comes as the city’s water storage dams reach 30% capacity.

Orange Mayor Cr Reg Kidd says he understands people being concerned about the drought but, it’s a misunderstanding to believe the city can’t continue to have steady growth.

“As people wrestle with the new tighter water restrictions, it‘s understandable that they’re feeling some uncertainty,” Cr Reg Kidd said. “I want to reassure them that we have the capacity to continue to grow.”

“Just because we’re asking residents to help make our water supplies last as long as we can, doesn’t mean we can’t continue to grow and have a healthy economy. It’s not an ‘either-or’ situation, especially when our growth rate is measured and steady.”

Orange has around 16,000 households. In the last financial year, Orange City Council approved the building of around 300 new homes. The population is currently growing at 1.3% per year.

“People might be surprised when they see new houses going up in a new housing estate, but our growth rate is not over the top, and we have the infrastructure capacity to support it,” Cr Reg Kidd said.

“The design of our water supply is based on long-term modelling for the next thirty years which predicts Orange has a secure supply. This modelling includes climate change. Our blend of traditional sources along with stormwater harvesting and pipelines and expanding our storage capacity adds up to a secure supply that is enough to let Orange continue to grow. 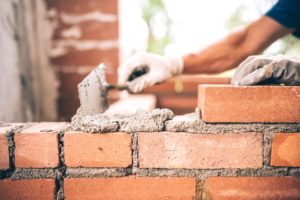 “That doesn’t mean we won’t have droughts, and that sometimes it will be tough and we’ll have to tighten our belts and respond to the conditions. It does mean we can be confident as our community continues to grow. “

Cr Kidd said there was a relationship between development and the performance of the city’s stormwater harvesting.

“Urban development of land for housing and related purposes increases the amount of hard, impervious, surfaces primarily from roofs and paths/driveways as well as sealed road surfaces. This has the effect of increasing the amount of stormwater runoff that occurs,” he said.

“This doesn’t mean we don’t need water sensitive design as the city grows. An example of how that can work is the proposed 450 lot rezoning in North Orange off Clergate Road which has the potential to be neutral from a water security perspective through stormwater harvesting.”

“We have to deal with the reality of the drought but we’re also planning for the day when the drought will end, so that we’ll still have a healthy, vibrant, growing economy,” Cr Tony Mileto said.

“When a new business decides to open in Orange, whether they’re a new private hospital or a new aluminium fabrication plant, they’ve obviously done their research and made the call that Orange is a good place to do business,” Cr Tony Mileto said. “The people who move to Orange will need houses to live in.”

According to the ABS, 1610 people living in Orange/Blayney/Cabonne are employed in the construction industry (2017/18).

“If we stopped approving new housing estates, there’d be less blocks on the market and the price will go up.  In the meantime the hundreds of tradies employed in the local building industry would have to move into other areas, and the price of a new house would go up and take longer.

“Economic growth isn’t a tap you can simply turn off and on when it suits.”