Road works near two Orange schools have been completed in time for the return of term as crews now focus on Cargo Road and several reseals around the city.

Orange City Council crews will be back on the scene at Cargo Road, after work was temporarily suspended in order to prioritise works near schools, during the school holidays.

The Cargo Road project began with contractors installing about 1300 metres of underground storm water pipes, the largest of which was 1200 mm in diameter.

Once complete, the road will be widened to 10 metres and raised. 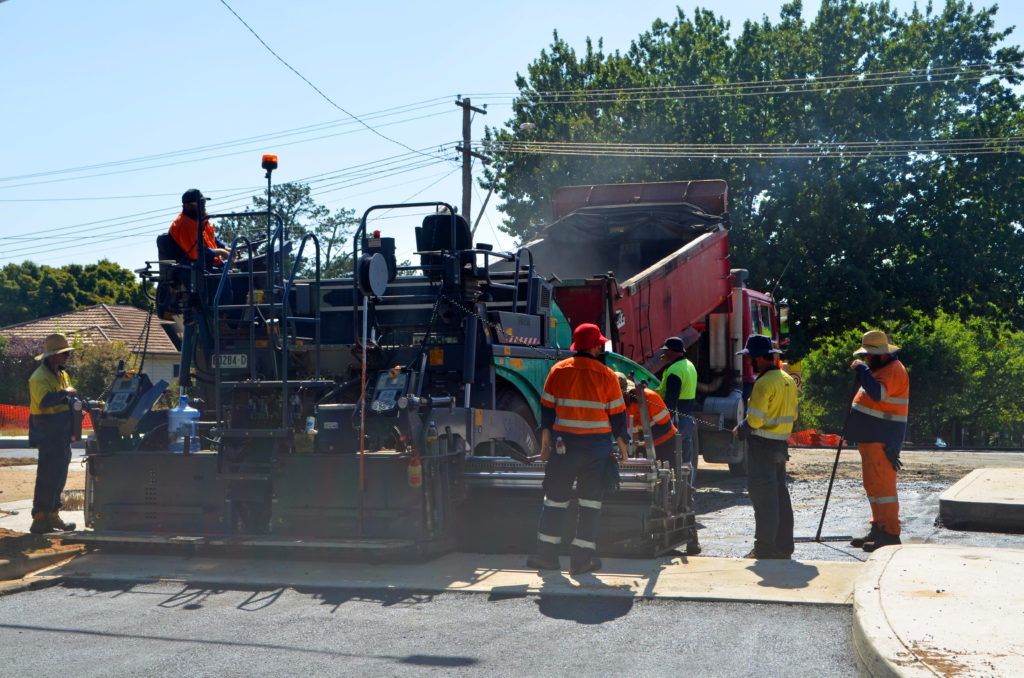 Weather dependent, the Cargo Road project is expected to be completed in March.

Next week, one lane will be open of the Northern Distributor Road between Ophir Road and Icely Road, from Thursday, as contractor, Downer, places the second stage of works and final layer of asphalt in that section.

This will bring the total thickness of surface on that section to 250 millimetres.

Work will also begin on Tuesday on sections between Icely Road and the Mitchell highway.

This work will involve removing the existing material and replacing it with a granular road base and should be completed in one day.

In the meantime, Council crews have been working at the intersection between Anson Street and Matthews Avenue, near Bletchington Street Public School to make the area safer in time for term one.

The $ 300,000 project, funded by the state government, involved re-building and raising the intersection by 11 centimetres.

The intersection was finished with hot mix asphalt and concrete. At each road of the intersection, there is a 1.5 metre long ramp to bring vehicles up to the 11 cm height of the platform.

The intersection is open in time for the return of school students, with a few minor jobs to be completed.

A road rehabilitation was also completed near Glenroi Heights Public School in Maxwell Avenue, as well as work is Moad Place.

The corner of Endsleigh Avenue and Churchill Avenue will be closed for a day on Wednesday while it receives a hot-mix asphalt upgrade.

For added safety, the seal is designed to be more skid-resistant as this area has a high crash history.

The road will be closed, from Churchill Avenue at Edward Street to Endsleigh Avenue at Caroline Street.

The area will be closed form about 7am to 4pm but residents of the area will still be able to come and go during the closure.