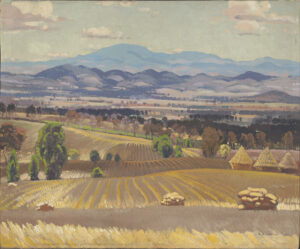 ‘The Canobolas and the surrounding district, about nine miles by road south-west of Orange, New South Wales, 1936’ by Herbert Gallop.

Inherit: old and new histories brings together both familiar and less well-known stories from across the Central West. Exploring our region’s history, the exhibition highlights big events and significant personalities, as well as the lives and experiences of everyday people. Told through more than 100 objects, these are the stories that have shaped our past and present. In September 1940, more than 2000 “enemy aliens” were transported from Britain to Australia on board the HMT Dunera. Interned in camps in regional New South Wales and Victoria, the story of the Dunera boys, is an intrinsic part of the history of Australia in the Second World War and in its aftermath.

This exhibition, featuring never-before-seen artworks by the Dunera boys, tells the little-known story of the internees’ time at the Orange Showgrounds in 1941. 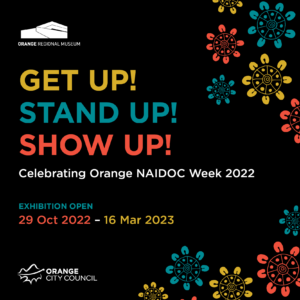 Meet some of our local achievers living this year’s national NAIDOC theme Get Up! Stand Up! Show Up! in this photographic foyer exhibition. Produced in conjunction with the Orange NAIDOC Week Committee, with photography by Jason French and artwork by Kylie Tarleton, this exhibition celebrates members of the Orange Aboriginal and Torres Strait Islander community working for justice, equality, community and culture, as well as those who are leading by example through achievements across a range of fields. 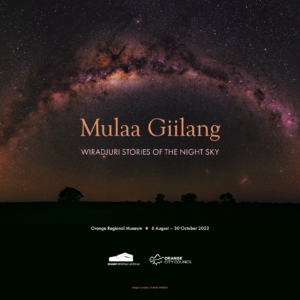 For First Nations people, the Earth, sea and sky are intimately connected. Looking up, the night sky reflects Dreaming stories, landforms, animals and seasonal patterns, informing the way people live on, and care for, Country.

This exhibition features stunning night sky photography and an immersive soundtrack to explore Wiradjuri astronomical knowledge alongside comparative mythologies from across the world. 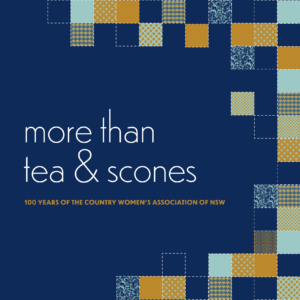 Celebrating one hundred years of the Country Women’s Association of New South Wales, take a behind-the-scenes look at our local and regional CWA branches to discover the remarkable work, passion and community service performed by country women, for country women, over the past century. 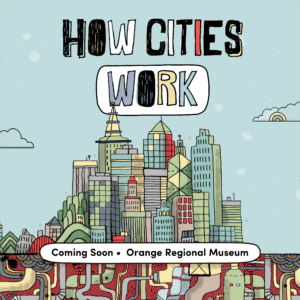 Explore the city inside and out, top to bottom in a whole new way at How Cities Work. From skyscrapers to underground networks, this interactive family exhibition reveals the secret workings of our busy urban centres.

How Cities Work is a travelling exhibition from Sydney Living Museums.

In collaboration with JAMES GULLIVER HANCOCK 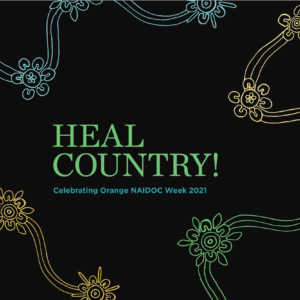 NAIDOC 2021 invites all Australians to embrace First Nations’ cultural knowledge and understanding of Country as part of our national heritage. Country is much more than a place. It sustains the lives of Aboriginal and Torres Strait Islander people in every aspect. It is the world around us, landscape, history, ecology, spirituality, culture and community. Healing Country is also healing community. 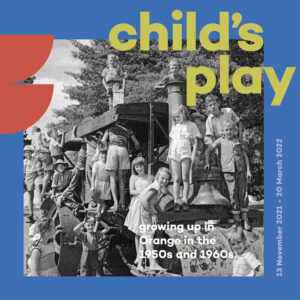 Featuring more than 80 stunning images from the Central Western Daily photographic archive, Child’s Play: Growing up in Orange in the 1950s and 1960s explores childhood in all its aspects, from birth, baptism and baby shows to school days, swimming and scouts. This collaboration between the Orange Regional Museum and the Orange & District Historical Society melds large-scale historical images with toys and familiar objects from the era, multimedia presentations and hands-on interactives for young ones and the young at heart. 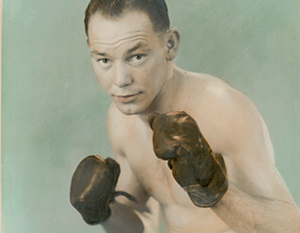 In 1947, 16-year-old Pat Ford stepped into the ring at the newly established CYMS boxing club in Dalton’s Mill on Peisley Street, Orange. By 1950 he was NSW Amateur lightweight champion. Going professional the following year, Pat claimed the Australian and Empire (Commonwealth) lightweight championships, winning over crowds in Sydney, Brisbane, Melbourne and back home in Orange, before retiring to run his own butchers’ shop in 1955. 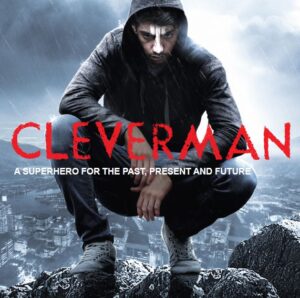 Go behind the scenes of the groundbreaking sci-fi series. Explore First Nations storytelling, language and
creativity in production design, costumes and props.
This exhibition invites you to listen-first and immerse
yourself in a powerful and contemporary expression
of origin stories.

This project has been assisted by the Australian
Government’s Visions of Australia program. 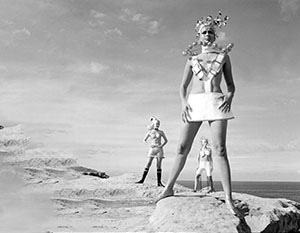 Welcome to the dawn of the space age. From the 1950s through to the 1970s, Australia was gripped with excitement as humanity made its first forays beyond Earth’s atmosphere.

From cutting edge scientific research to architecture, design, television and more, Out of this world explores Australia’s role in the space race.

Learn about the history of Woomera Rocket Range, see how Australia was involved in the first Moon landing and take the kids on their very own space mission! 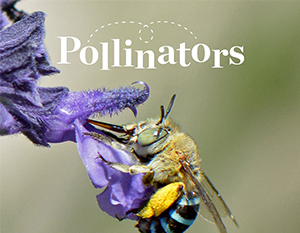 Pollinators is a collaboration between Orange Regional Museum, Orange Regional Gallery and the SPARKE Network of local public primary schools. This innovative program engages local children in creative art-making and environmental education, culminating in an installation of student artwork that explores pollinating insects, birds, bats and other small mammals. 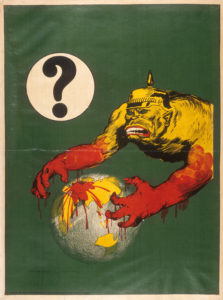 Propaganda has been used to influence audiences for as long as recorded history. By presenting facts selectively and using loaded language to provoke emotional reactions rather than rational responses, it seeks to promote the agenda of a particular group.

Posters were an ideal means of communicating propaganda: impermanent yet public, they were designed to be noticed, and could be printed and distributed quickly in large numbers. The Australian War Memorial holds a large collection of wartime posters from government–issued campaign posters to handmade posters protesting the war in Vietnam. Hearts and minds: wartime propaganda introduces this collection, featuring home-front propaganda from the First and Second World Wars. 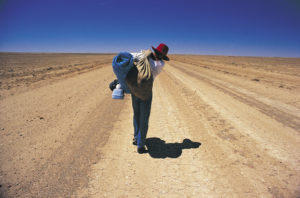 This exhibition celebrates the bush, the outback, the coast and the people who live there. Featuring photographs from the Australian Geographic archive, it will transport you to some of the most rugged and remote parts of the country where you will discover the remarkable stories of ordinary Australians.

A travelling exhibition from the National Museum of Australia, developed in collaboration with Australian Geographic. 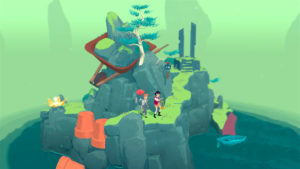 The Gardens Between: Licensed courtesy of The Voxel Agents

Press play on Code Breakers, the first Australian exhibition celebrating the achievements of women working in the games industry. Whether it’s making commercial hits or indie titles, these women know games, contributing as directors, programmers, developers, artists, writers, producers and designers. Inside the exhibition you can play everything from platformers, RPGs and digital board games to graphical adventures and puzzlers, there’s something for everyone, at every skill level. 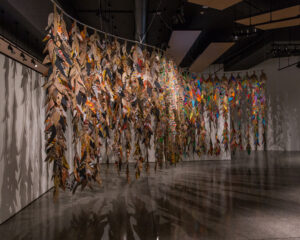 Regenerate is an exhibition by local school children exploring the responses of Australia’s bushland to fire. Taking inspiration from Mount Canobolas and the 2018 bushfires, this exhibition explores how native eucalypt species on the mountain regenerate after fire. 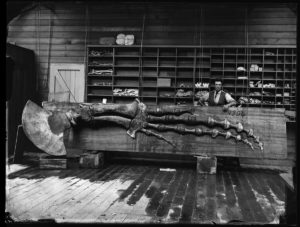 A touring exhibition created by the Australian Museum. 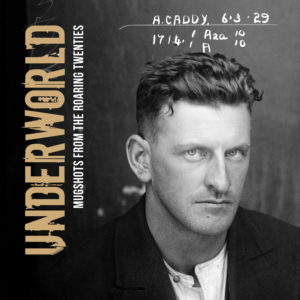 Descend into Sydney’s seedy underworld in our new photographic exhibition revealing the dark side of the Roaring Twenties. Explore more than 130 candid and compelling mugshots taken by New South Wales Police between 1920 and 1930. Known as the ‘Specials’, they are unlike any found elsewhere in the world.

Immerse yourself in all things Underworld with the stunning accompanying book and an exciting line-up of public programs.

Underworld: Mugshots from the Roaring Twenties is a travelling exhibition from Sydney Living Museums. 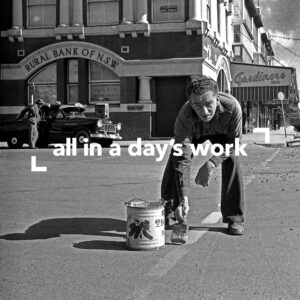 All in a Day’s Work provides a rare insight into the daily life of people at work in the Orange district between 1955 and 1974. This exhibition features captivating photographs from the Central Western Daily negative collection, held by Orange & District Historical Society. All in a Day’s Work is curated by Orange & District Historical Society and is presented as part of the society’s 70th anniversary celebrations.

The Art of Scientific Illustration features images and scientific specimens from the NSW Biosecurity Collections. Explore techniques used by scientists and artists over the last century to document and communicate their research, and learn why these works were created. This exhibition is presented in partnership with the NSW Department of Primary Industries.

The exhibition starts with the mountain, an ancient volcano, which created the soils and climate that attracted indigenous people, then others from across the world. Through over 350 historic objects and photographs, ‘Paddock to Plate: a history of food and wine in Orange and district’ takes audiences on an adventure of exceptional flavours and shares the stories of the innovative people that created them.

Journeys: people place stories explores the region, its people and place through time. Beginning with the region’s first inhabitants, Journeys explores the connection to country told through stories and artefacts of the Wiradjuri people, prior to and following the crossing of the Blue Mountains and eventual settlement by in the region by Europeans.

Entry to the Museum is free. Group visits are welcome and free of charge, but please contact us to make a booking for groups of 10 or more.

Bathrooms, including disabled and baby changing facilities, are available on site.

Parking is available in front of the Museum on Byng Street and in the Council carpark accessed from Lords Place. Larger vehicles (including buses) can find parking on Peisley Street.

Orange Regional Museum is fully accessible for prams and wheelchairs. A courtesy wheelchair is available for use.