Orange and Cabonne Councils have reached an agreement to send water from Orange’s reserves to help Molong through the drought as an emergency measure should it be needed.

With Molong’s main storage dam, Molong Creek Dam, down to 37% of capacity, there is potential for the town to run out of water during the coming summer if there are no new inflows.

The agreement would enable water to be transferred if the level of Molong Creek Dam falls to a critical level.

A recently-completed pipeline will be used to send up to half a megalitre of water a day from Orange to the Molong Creek dam. Cabonne Council will be completing a number of connections and modifications to the pipeline before the first water is transferred later this year. 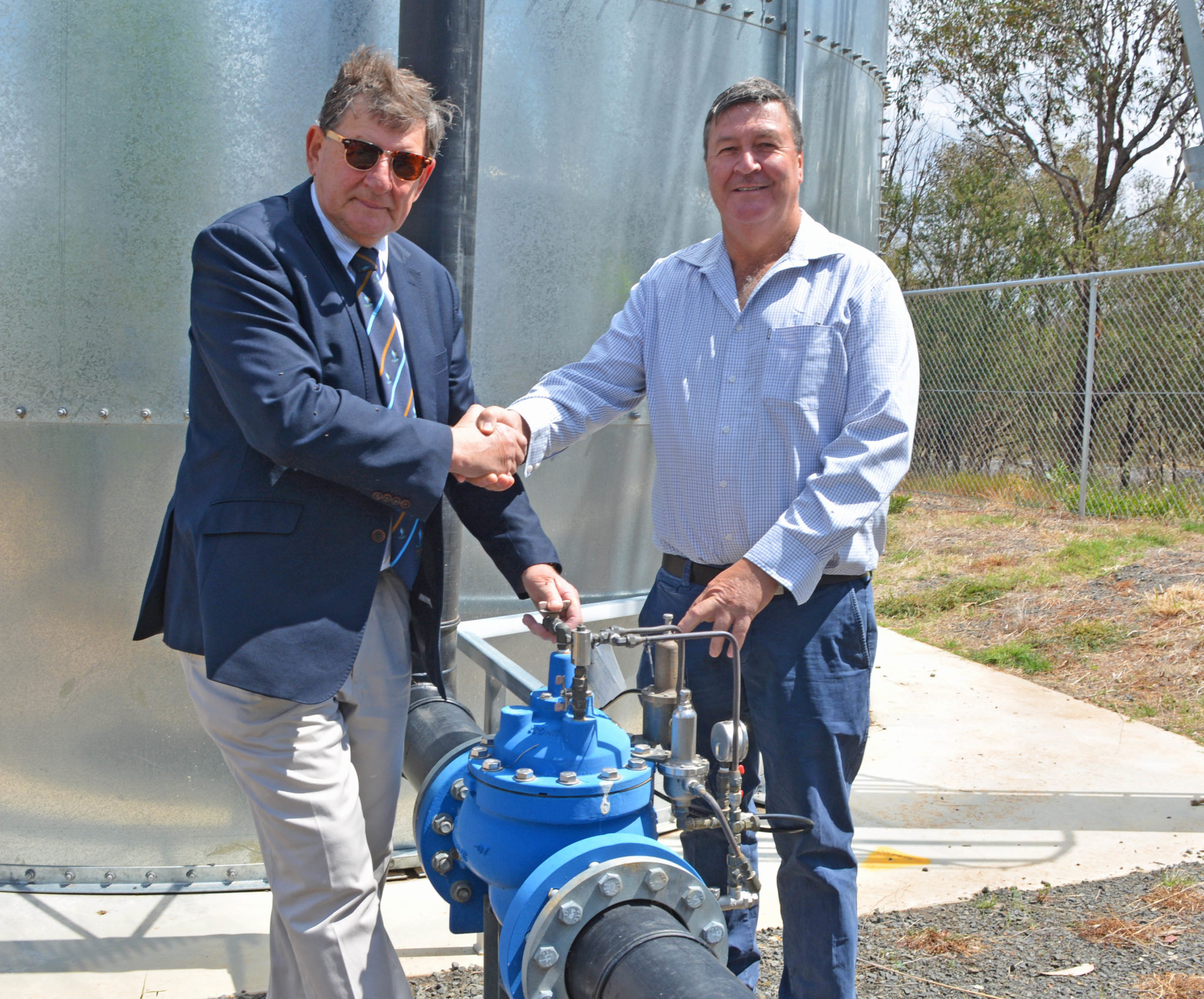 When the water transfer begins, Molong residents will have been on the same level water restrictions as Orange for a number of weeks. The size of the transfer is calculated to match the amount needed if Molong residents were aiming at using the same target of water consumption as Orange residents (160 litres per person per day).

Orange Mayor Reg Kidd said the agreement is a sign that country councils can cooperate regionally to share water resources.

“It’s no longer a story of ‘us and them’ when it comes to sharing water and helping our neighbouring councils meet water needs,” Cr Reg Kidd said. “More than 200 Molong residents work in Orange and spend money in local shops.”

“There are strong ties between our two communities and I’m sure the people of Orange will welcome this way forward.

“Orange has led the field across the state when it comes to water restrictions. As part of working towards this agreement, Molong has moved to Level 5 restrictions. Sustainable water use is a positive step for all councils to explore.”

Molong Mayor Kevin Beatty said he was delighted the two councils were able to continue to cooperate to find a solution.

“This is going to be an emergency measure that will help us through the drought if our dam reaches a critical level,” Cr Kevin Beatty said. “We’re already investigating several medium and long term water security initiatives and we won’t be using this water to build up our reserves.”

“I’m sure the community of Molong will be very thankful for this help that our friends in Orange are able to deliver.”

The water would only be used for the town of Molong and not other nearby villages.