Based on Orange City Council modelling it’s likely the city will move to level three water restrictions in early December.

“We’re encouraging residents to take what they’re already doing to reduce their water consumption and going that extra step. 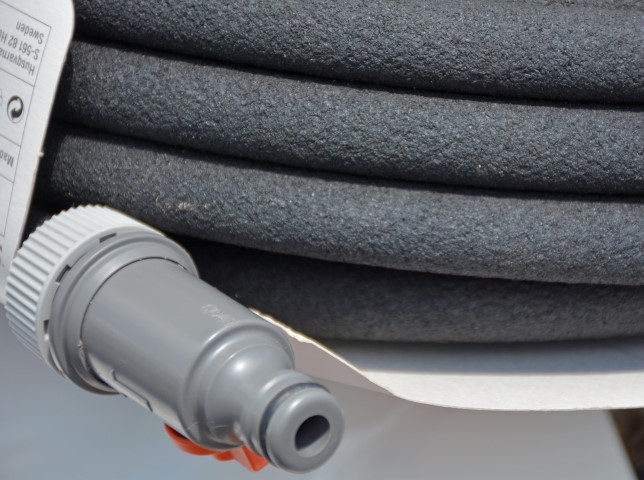 OPTIONS : A porous weeper hose is one of the options Orange residents can consider under tighter new water restrictions. The hose can be placed on a garden and covered in mulch.

“Soaker hoses, micro sprays and drip feeders are great and can be purchased at any hardware store or nursery and are fairly easily put together.

“According to the Bureau of Meteorology we have had record dry weather, for the last year and a half. We have done well to maintain our water supply above 50 per cent capacity for this long.

“The Macquarie to Orange Pipeline and the award-winning storm-water harvesting scheme have been invaluable and both will continue to take full advantage of rain events when they do happen.”

In the last 12 months Orange City Council transferred about 870 mega litres of water to Suma Park dam, using the Macquarie to Orange Pipeline and the city’s stormwater harvesting system.

Based on the average daily consumption of residents, over the 12 months, that amount equates to about two and a half months of water supply.

“Having these two extra sources of water has made a huge difference in postponing the introduction of tighter restrictions.

“The Bureau reports severely affected areas from a lack of rain include the central west.

“Our neighbours at Bathurst are also going to level three water restrictions by the end of the month.

“Bathurst’s restrictions are slightly different to here in Orange. In some areas the Bathurst restrictions are more stringent, for example people may only water for half an hour a day, in a three hour time period, but in others they are more lenient.

“For example in Orange people can only use buckets to wash a car during level three water restrictions, in Bathurst people may use a hose with a trigger nozzle.

“We’re not alone, but we are placed well to weather this dry period.”

The Bureau reports the Orange Agricultural Institute weather station recorded the lowest rainfall on record for the 15 months from July 2017 to September 2018.

The current storage level is 51.8 per cent and it’s likely it will hit 50 per cent in the first week of December.

Orange is currently on Level Two water restrictions, and the changes to Level Three are expected to begin in early December.

Hand held hoses should not be used during level three water restrictions.

Watering of lawns and gardens with buckets, watering cans, drip feeders, soaker hoses and microsprays can be done between 6am and 9am and 6pm and 9pm, every second day as per the odds and evens , house number, system.

There are exceptions for freshly laid turf and residents can apply to be exempt from restrictions.