Orange City Council is seeking community comment about a decision to name a new street in a residential estate in North Orange.

The new road is to be called Milne Street.

The street is part of the Robindale Downs housing area off Leeds Parade, north of bypass roundabout. 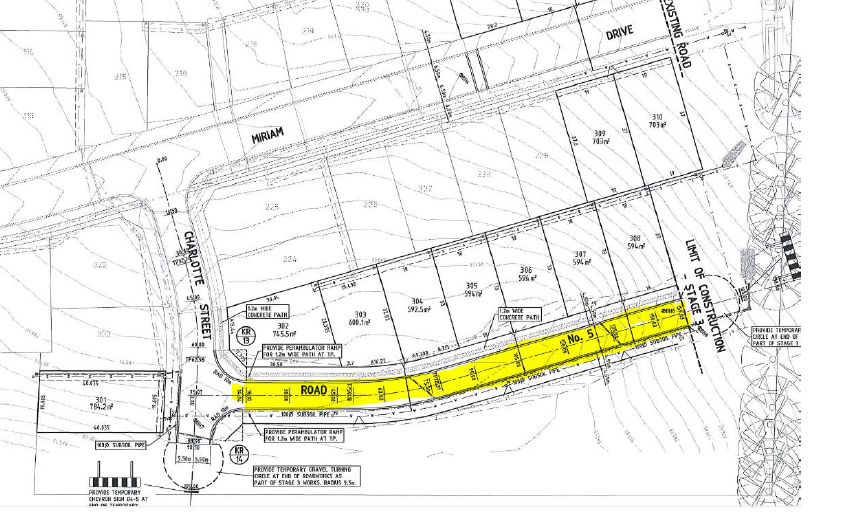 STREET NAMED : The new street. known as Road No. 5 during the design phase, has been named Milne Street.

Milne Street will be built at the end of the new estate, near the end of Charlotte St, off Miriam Drive.

Under state regulations (Section 162 of the Roads Act 1993) the Council is required to inform the community about new street names by placing an item on the council website.

Any community feed-back can be sent to to the Council’s Engineering dept.