Was the Bathurst War of 1824 a one-off event or part of ongoing warfare that spread from Sydney?

Meet award-winning historian Dr Stephen Gapps for a lively, interesting and some-what controversial discussion on his book, The Sydney Wars Conflict in the Early Colony 1788-1817, which reveals how British soldiers and First Nation warriors both used military-style tactics in a ‘constant war’ during early settlement. He challenges past beliefs that such clashes were sporadic and unplanned and will share new research about conflicts west of the Blue Mountains.

Dr Gapps will speak with attendees about his book which analyses the paramilitary roles of settlers and convicts and the soldier’s defensive systems that were deployed, it shows that white settlers lived in fear while Indigenous people fought back as their land and resources were taken away. Dr Gapps details the violent conflict that formed part of a long period of colonial strategic efforts to secure the Sydney basin and, in time, the rest of the continent. 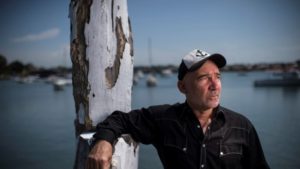 Orange City Council’s Services Policy Committee Chair Cr Scott Munro said “It is great to see yet another author choosing to visit Orange as part of their promotional tours.

“The city of Orange has a wide range of interested readers that will take useful information and insightful opinions from as session such as this one being held by Dr Gapps. I look forward to reading the book” Cr Munro said.

Dr Stephen Gapps is a Sydney-based historian and President of the History Council of NSW. He wrote his PhD thesis at UTS in 2003 entitled Performing the Past: A Cultural History of Historical Re-enactments. Initially a lecturer on Public History, Australian History and the History of Colonialism at UTS (1997 to 2003), he is currently a curator at the Australian National Maritime Museum. In 2018 Dr Gapps’s book, The Sydney Wars: Conflict in the Early Colony 1788-1817 was published by New South Books.