Orange residents are being invited to join in a simple archaeological dig early next month to shed light on a key feature of Orange’s history. Being held as part of Orange City Council’s heritage program, the dig is aiming at exposing the footings of the historic Templers Mill at Banjo Paterson Park in Ophir Road.

Orange City Council received funding from the Heritage Near Me, Department of Premier & Cabinet – Heritage Division to reinvigorate Banjo Paterson Park. The aim is to :

Orange mayor Cr Reg Kidd believes this stage of the project is a great hands-on opportunity for locals to discover hidden aspects of Orange’s history. 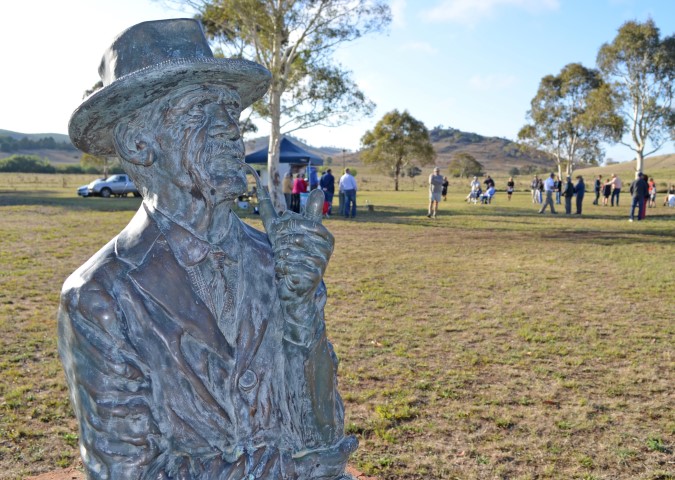 PARK HISTORY : An archaeological dig will further uncover the history of park with connection with poet, Banjo Patterson.

“School Groups and members of the community are invited to come along to reveal the footings of the old mill site,” Cr Reg Kidd said. “Participants will experience a hands-on approach to discovering the region’s past.

The three-storey brick mill with bluestone foundations was built in 1848 by John Arthur Templer. Known as the Narrambla Steam Flour Mills, it closed in 1869, the site remained derelict for almost a century until it was demolished in 1971. Bricks from the building were bulldozed to the side and the site has remained almost untouched since.

“As part of the dig, we’re hoping to find the layout of the brick chimney on the south eastern side of the remains. The archeological dig will be supervised by a qualified archaeologist and Council staff and equipment will be supplied.”

“Due to the nature of the dig and the importance of the site, only limited numbers will be able to dig at any one time to people are encouraged to register soon.”

The dig will be held during the first week of November. A Community Day will be held on Saturday 2 November 2019 from 9 – 5pm. There will also be community digs during the week from 2.45pm – 4pm.

School groups are invited to take part during that week by booking during these time slots:

Bookings are required online at Eventbrite