Orange Aquatic Centre will host 400 students from across the state this weekend as they compete in the under 12s Water Polo Festival.

The Aquatic Centre will be open to the public for early morning lap swimming only on the 13th and 14th of March as the competition gets underway.

Orange Mayor Reg Kidd said the influx of people was good for the economy.

“It’s great to see things getting back to as normal as possible,” Cr Kidd said. 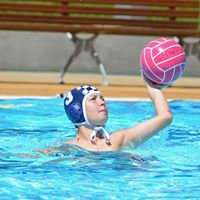 “These 400 children will bring with them mums, dads, brothers and sisters who all need somewhere to stay, eat and drink and check out the local shopping.”

Orange City Council’s Sport and Recreation Chair Jason Hamling said the centre would close to the public on the weekend because of the limited number of people allowed in the building.

“It’s great we have the facilities where these kids can compete, improve their skills and continue their love of sport,” Cr Hamling said.

“The centre will be open for our die-hard lap swimmers in the morning and our Learn to Swim program will run as normal but will otherwise be closed to the public from 8am on Saturday and Sunday.”

Because of the large number of competitors, the 50 metre pool will close to the public from 4pm on Friday, March 12. The indoor pools will still be open.

After 8am the Aquatic Centre will be closed to the general public. Learn to Swim classes booked for Saturday will run as normal.

On Sunday, March 14, the centre will be closed from 8am to host the festival as well as the Orange Aquatic Centre Squad time trials, and the Bush Nippers presentation. Lap swimmers can still access the indoor centre from 5.30am to 8am.