By Council CommunicationsSeptember 27, 2018News
No Comments

Orange Mayor Reg Kidd said the upcoming exhibition, The Forever One Day, would present a remarkable body of work by one of Australia’s best known draughtsmen and contemporary painters of the urban environment.

“The Forever One Day is a collection of figurative paintings, drawings and bronzes by Kevin Connor from the 1960s to today,” Cr Kidd said.

“We’re working hard to ensure our community spaces can be enjoyed by people of all ages and demographics,” Cr Nugent said.

“We want to encourage as many people as possible to explore our cultural spaces.

“Families are welcome to attend the opening on Saturday September 29 from 6pm.

“Primary aged children will get creative in the gallery’s workshop space while adults enjoy a glass of wine from De Salis, local live music and art from one of Australia’s foremost artists in the main Gallery.”

The exhibition opens Saturday September 29, at 6pm and will continue until November 25. 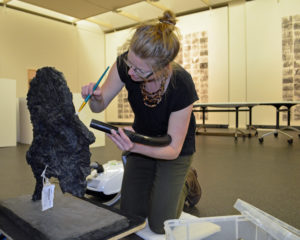